Nine topgas racers attended the race and qualified on saturday for the 8-field dragrace on Sunday. The weather was excelent and the track in great condition.

Defending champion Frederik Schack, recovered from a motorcross injurie, did a 4.8 straight from the trailer and was on top of the list on his home track all weekend.

Peter Niklas, who's V-twin engine is still in the USA, was riding the turbo Honda. But Peter killed the engine during the burn-out of round three on saturday.

Sven-Ole Schleichert had already been testing at the spring race at Mosten. He qualified # 8 with his V-rod Destroyer.

Team Speedshop 75 of Jörg Braune had already raced in the Czech republic the previous weekend, and Jörg was very excited about his first official race in the topgas euroserie.

Mathias Bruun made his debut in the class with the ex-Piet Verhoef (ex-van Schie) bike and nearly qualified with his 6.387. But the fun lasted only for a day. In round four Mathias crashed the bike in the braking zone, and he broke his elbow. And the bike is a "total loss". 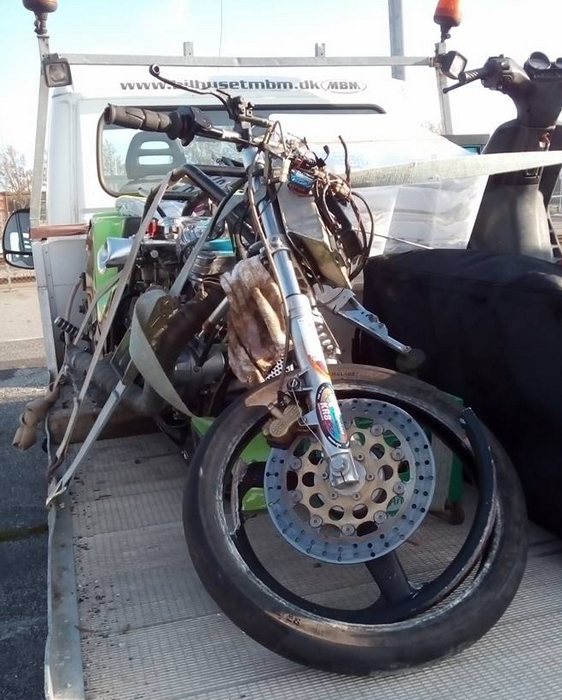 Bernd Foit's gearbox has been the cause of trouble at the last few races, and Malmö was no exception. Bernd broke it in round four and did not race on sunday, and so Herman Jolink got a bye-run in the quarter finals. 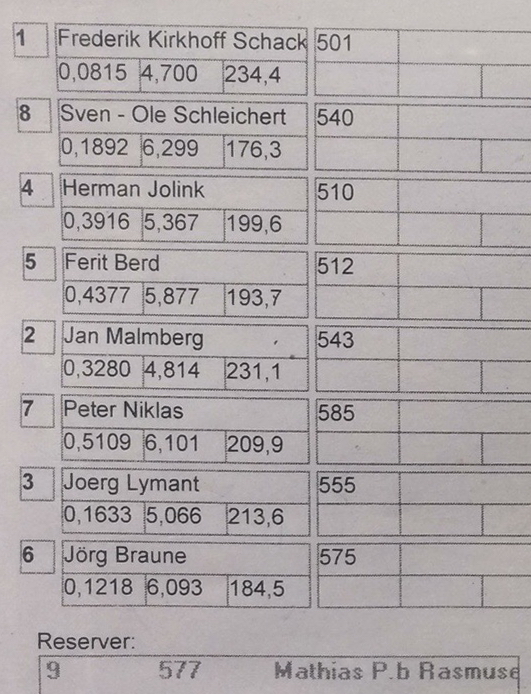 Jolink had also attended the race in CZ the previous weekend, where made ten passes and beat Braune and Bartak on Sunday. The Putoline-Ducati only needed minor adjustments and Herman was at place #3 in the list for a while untill he was passed by Jörg Lymant.

Jörg lymant had already gone fast with his new bike at the end of september 2016, but had some troubles setting up the clutch. He managed to qualify at place #3 at the end of the first day. Lymant was up agains Jörg Braune who qualified #6. Braune did a sharp 0.058 at the tree, a good 1.3372 at 60 ft. while still ahead. But Lymant's Buell was just too strong for Braune's twin-cam. (4.96 vs 5.97)

Jan Malmberg from Sweden had done a string of sevens at the quarter mile in Hoskovice, Cz, last year, before his engine broke. Jan had carefully repaired the damaged during the winter while trying to figure out why it broke. Jan's bike went well on the 1/8 mile track and Jan qualified #2. 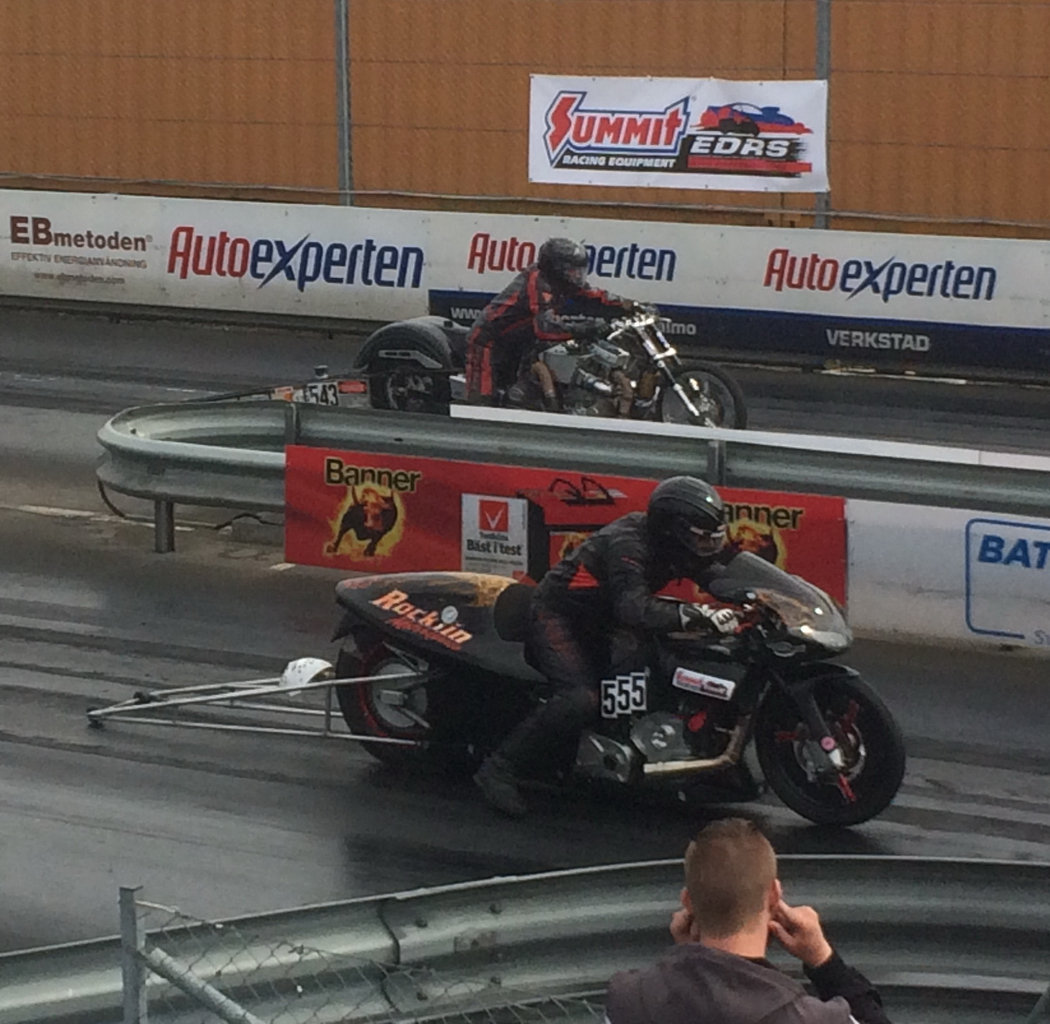 Malmberg had lane choice and his bike ran quicker (4.89) then Lymant's in the semi finals, but Jan was sleeping at the tree, and lost to Jörg Lymant because of a late reaction. Lymant ran 5.19 seconds and advanced to the finals.

Frederik did 4.7 in all three rounds. He eliminated Schleichert and then Herman Jolink (picture below).

Lymant's bike was slowing down during sunday. Finals: Schack: 4.73 sec vs Lymant 5.40 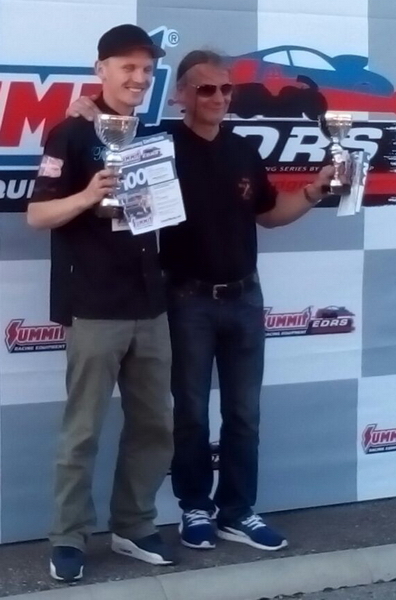 So the defending champion is again in the lead!

Next race is again at Malmö in a few weeks.

The annual riders meeting of 2017 resulted in the following calender for the the 2017 championship: