On the webcam we saw the tracktor putting rubber on the 1/8 mile track, so we left for Sweden very confident. The weather did not look to good, but changes were in the air. It took us some time to find the well hidden track on the industrial zone between the oil containers. A full sixteen field of supertwins turned up for the dragrace, so we saw four rounds of eliminations on sunday. Some fast scandinavian riders like Ulf Ögge and Brian Glaesner also entered the supertwin topgas race, and we saw Janne Gustavsson, who raced in the euroseries in 2001. And former champion Jari Tammi was present, crewing for Marcus Meittinen's V-rod team from Finland. Some racers were very busy, also competing in the V-rod destroyer cup class . 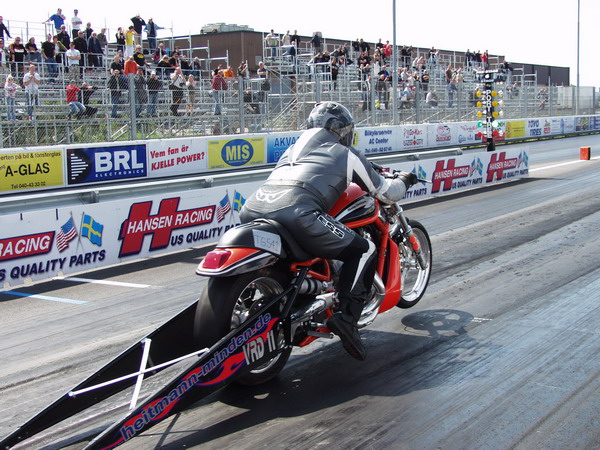 Frank Heitmann and Criss Van Nimmen used one bike for both classes, but Michael Merse also had his topgas bike with him. 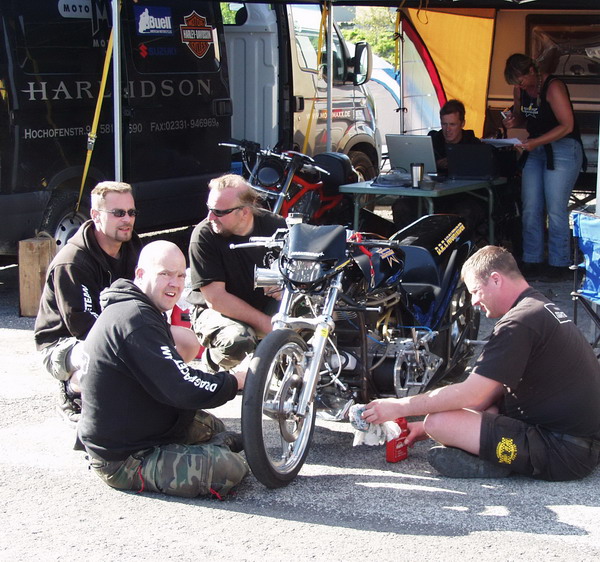 It suffered fuel system problems, so he continued qualifications on his V-rod. Mark Vanden Boer had trouble with his air shifter. Frank Peisker broke his wheely bar, and could not make the quarter final call. Bernd Niessen had a new S&S engine in the DHL-Buell and still needed to break it in and find the right setup. His bike stopped after the burnout first round on sunday, handing the win to Van Nimmen. Ögge qualified number one with a 4.9, 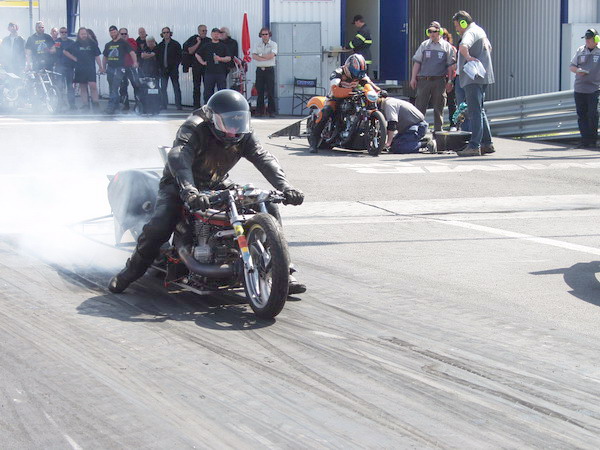 but he failed to start the S&S powered Harley in round one. Second pair was Harry van Schie against Herman Jolink. Harry lost his blower belt half way, and Jolink went through. 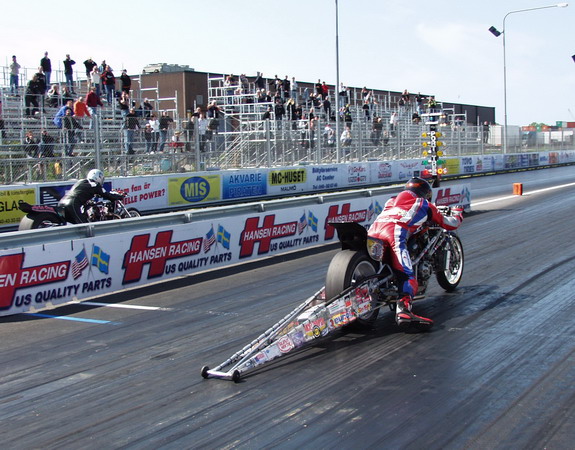 In the quarter finals Herman had a bye run, his opponent suffered a broken cranck shaft in round one. Herman was taken out by Roman Sixta in the semis, but was very happy with the performance of his new 999RS Ducati engine that he stroked up to 1214 cc. A new personal best of 5.511 in the last run, and 208 kmh in the qualifications, and there is a lot more in it.

Gert-Jan Laseur had a very succesfull weekend. When he arrived, he was nervous, and he had some trouble handling the horsepower in is bike during launch. He had a damaged valve an a dodgy datalog. But on sunday thing went well for him, starting with 5,222 and a 1,19 on the 60 foot, he got down to 5,139 sec and up to 213.26 kmh and eliminated Heimann and than Brian Glaener in the quarter finals . 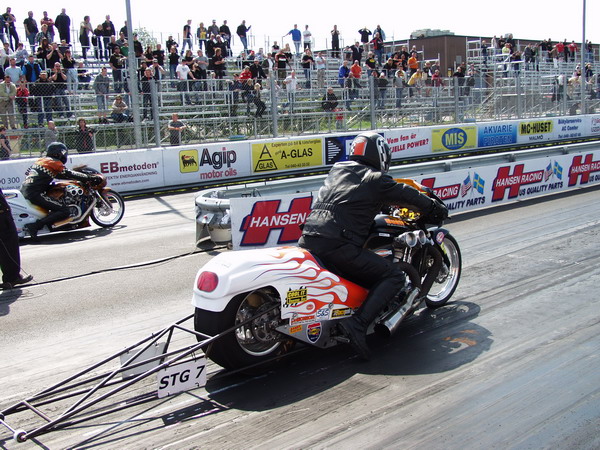 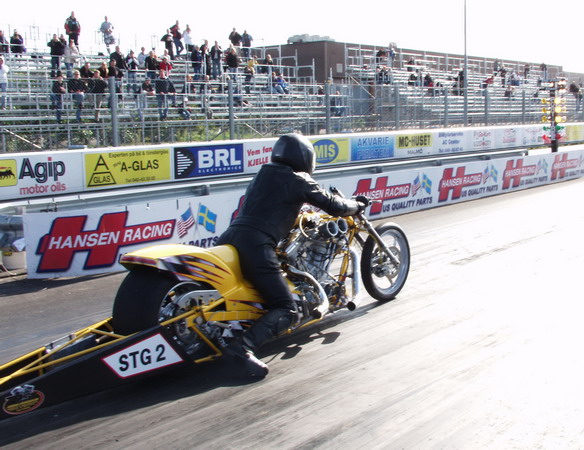 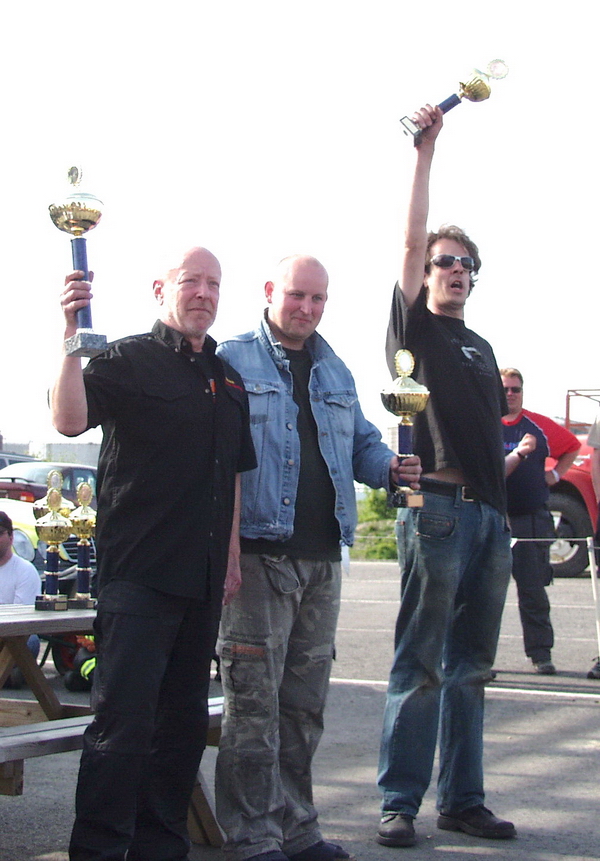 Many thank to the crew in Malmö for hosting a great race in a relaxed atmosphere. I hope we can come back next year. The results and flowcharts can be found here. And the new pointlist is online.

Sad news: V-rod racer Robert König died on wednesday after the race. He was brutally murdered in his motorcycle shop. 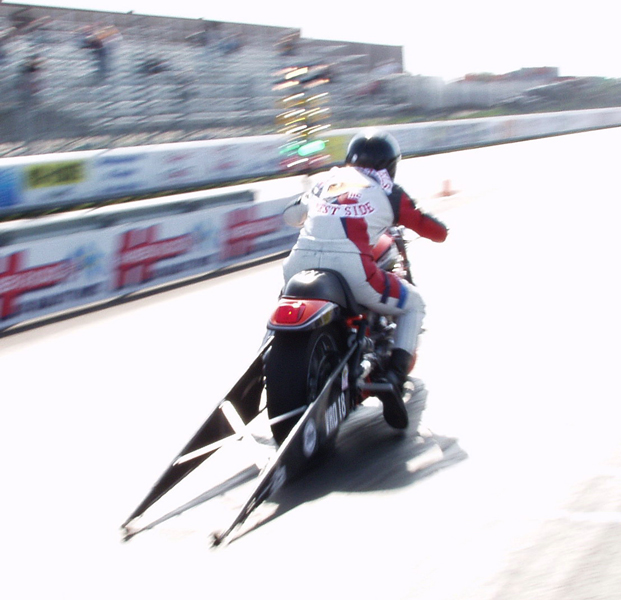 We will all miss him very much.