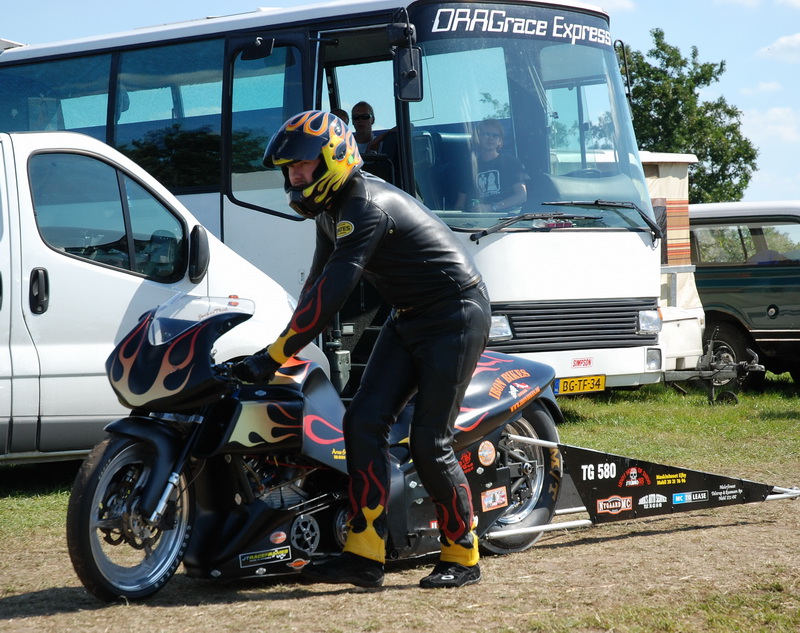 The last race in the euroseries was held in Drachten, Holland, the event was called "the Goodridge Dutch Finals".

The track was in good condition and expectations were high. It rained hard before it all started, but during the race the weather was fine. 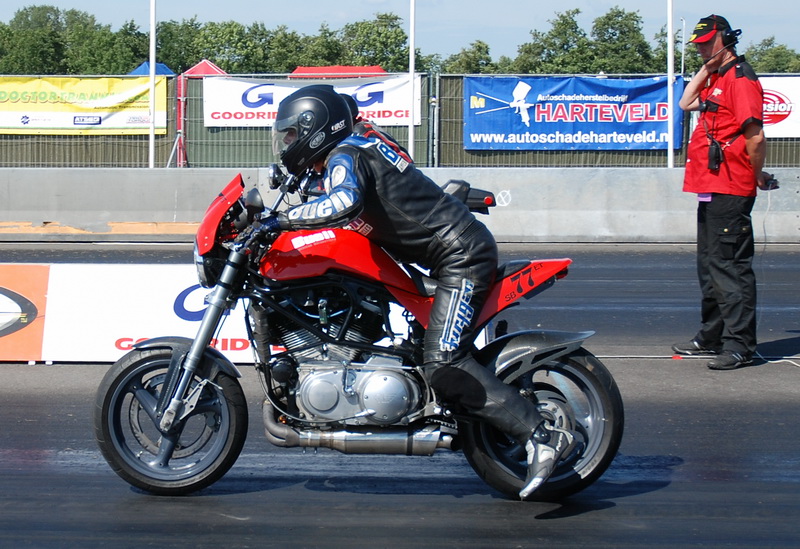 Former topgasser Piet Verhoef is chairman of eXplosion now, and also raced in streetbike e.t. with his Buell.

Too bad only twelve teams showed up, so we only raced an eight-field.
Rasmus Olesen did not come. Brian Glaesner and his team could not find and solve the problems with the bike in time.
The fast team from Denmark was very disappointed that they had to stay at home. So a hard battle for a place in the race was going on in the qualifications. 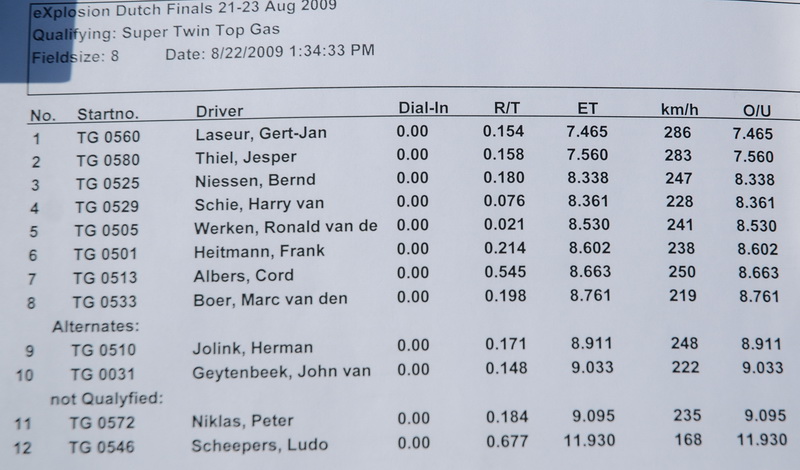 Herman Jolink was at the bump spot for a while, till Marc Vandenboer passed him with a 8.7. 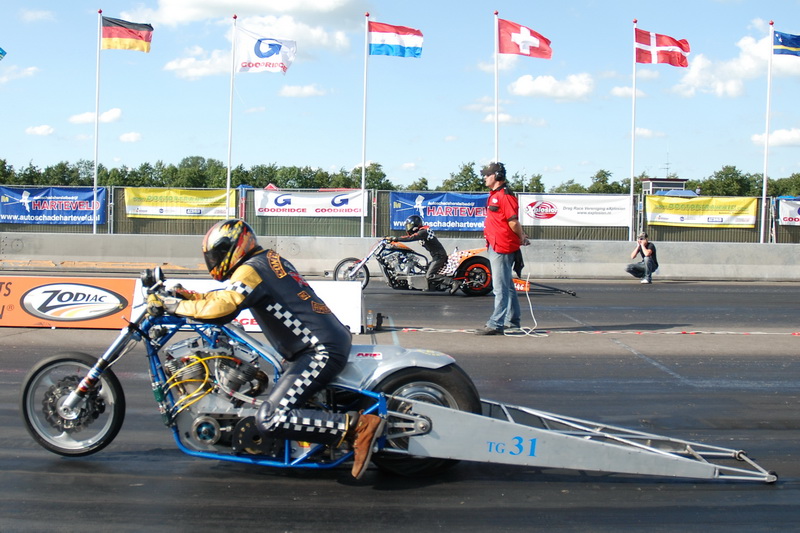 On saturday evening John van Geytebeek did a better 8.7 leaving Marc and Herman Jolink as first and second alternate. 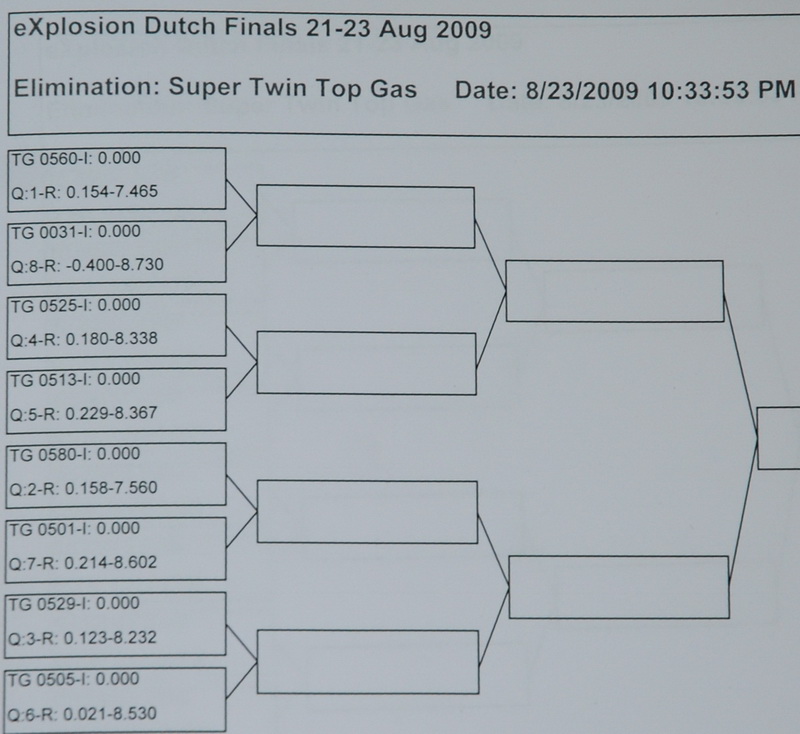 Herman used all nine qualification rounds and even swapped an engine on friday night.

Ludo Scheepens escaped an accident, his handlebar was broken. 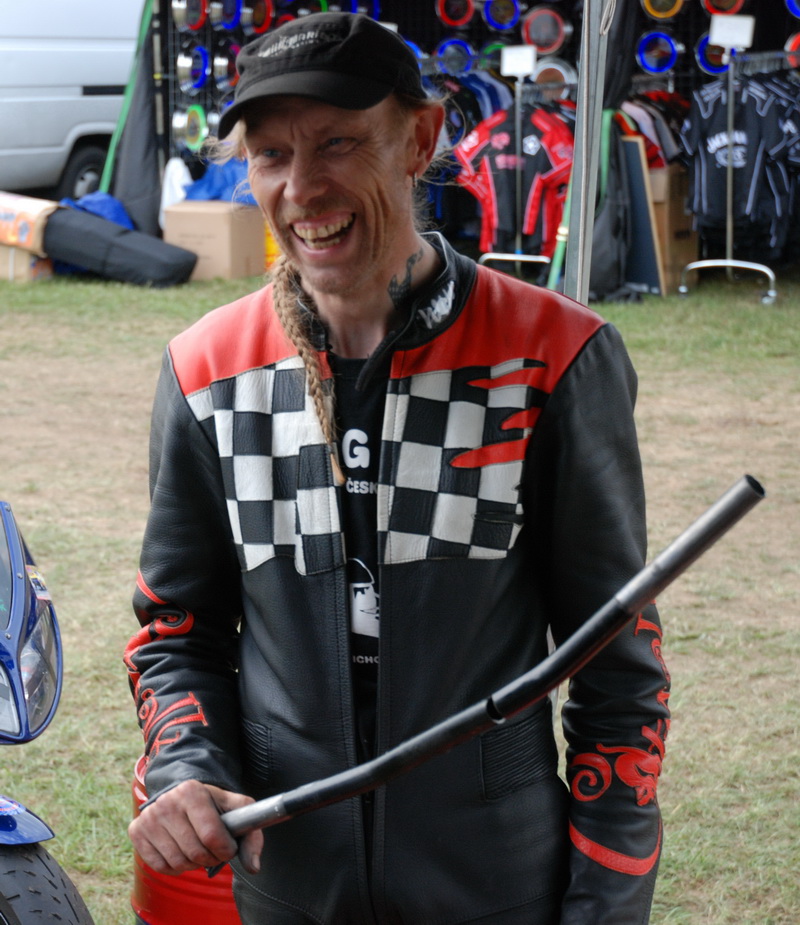 Peter Niklas did a new personal best again. 9.09 was his time on friday evening.
The air temerature was low, that must have helped the bike a lot.
Most turbo bikes did very well that evening (former topgasser Michi Merse ran a 8.6, a new PB on his turbo-Busa). 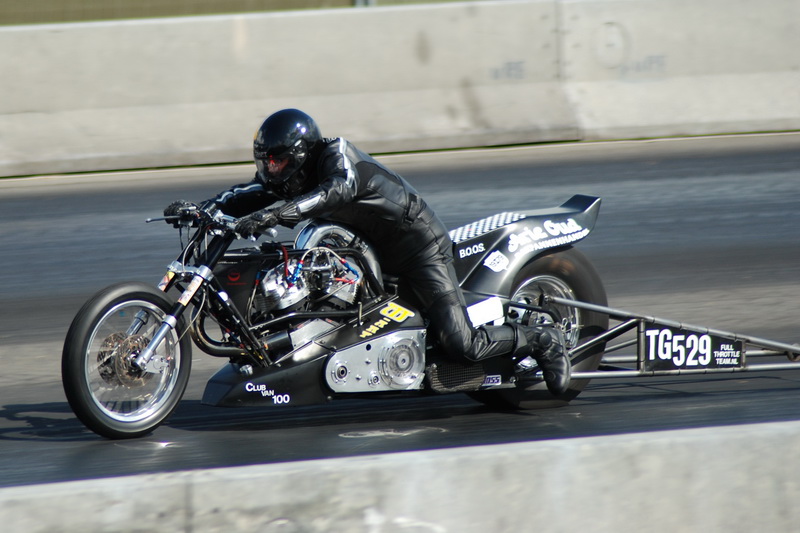 Harry van Schie's supercharged bike also likes cold air. Harry rode the bike like he used to do.
They managed to do a 8.2 second pass on saturday, moving up to the third place. 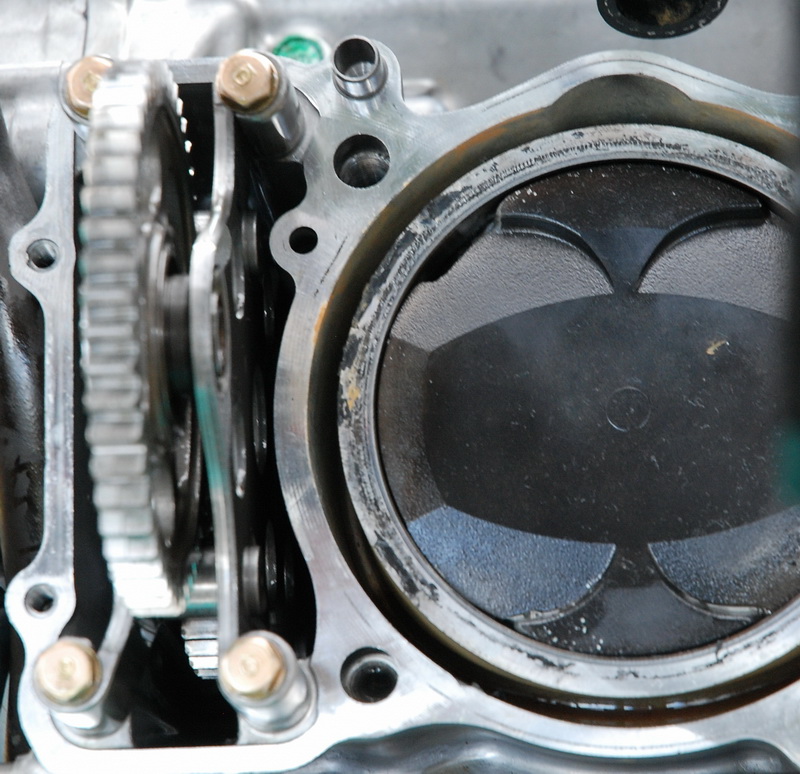 The Turbo Honda of Niklas broke down on saturday morning.
A hole in the piston, he was out of the race.
Team "Sideburns" has some work to do before Peter makes his first eight seconds pass. 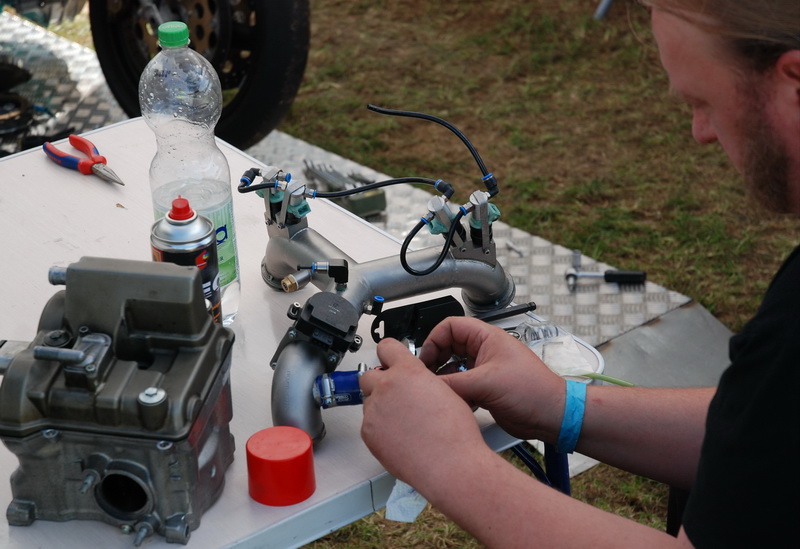 Bernd Niessen and Cord Albers were on place 4 and 5. 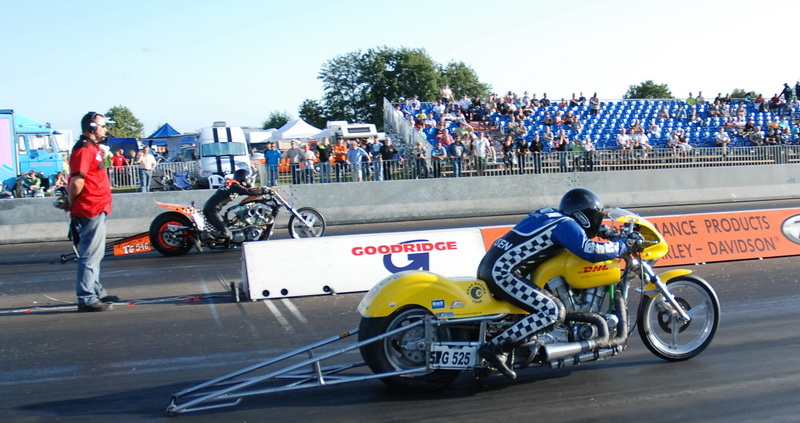 Gerd Caspari was crewing for both of them, so he was really busy in the quarter finals, starting both bikes and guiding both riders to the startline. Bernd still a a small chance to become to champion. But Cord had no mercy, and raced him hard. 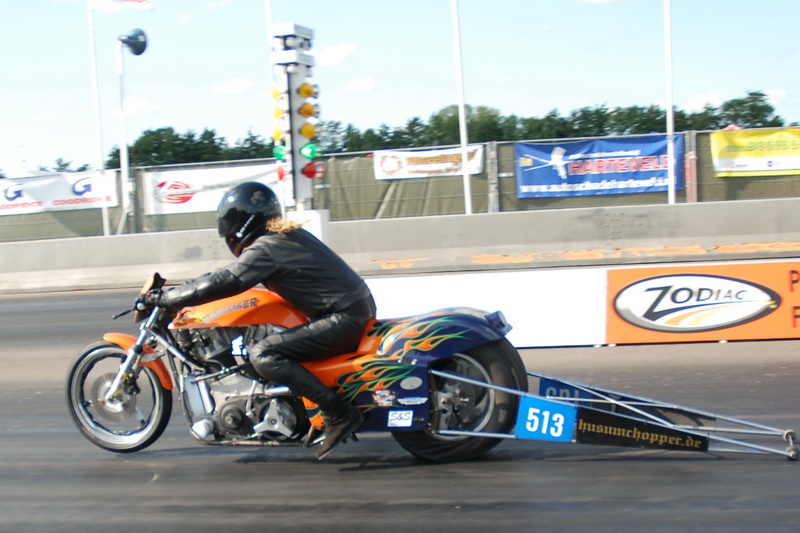 Bernd bunt his clutch and was out. Cord went to the semi's to meet Gert-jan Laseur. 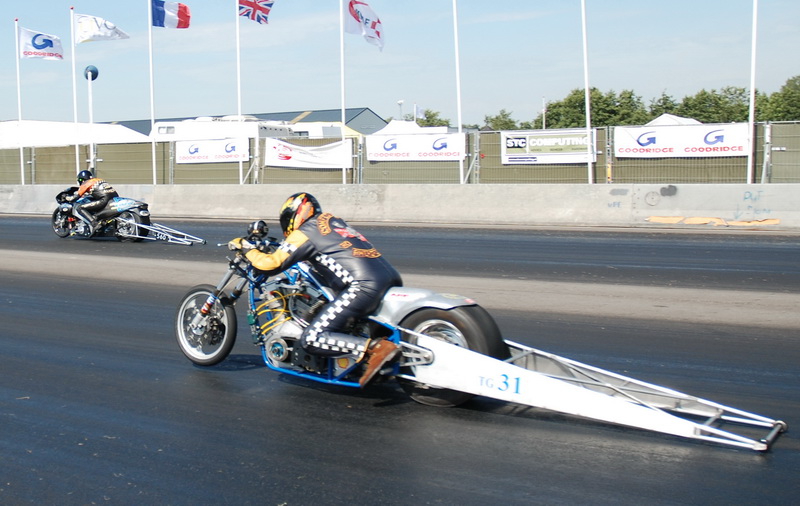 John van Geytebeek was his first victim. In the semi's Cord Albers performed at his best, just like he did last week.
8.1 was his season's best, what a way to end the series. 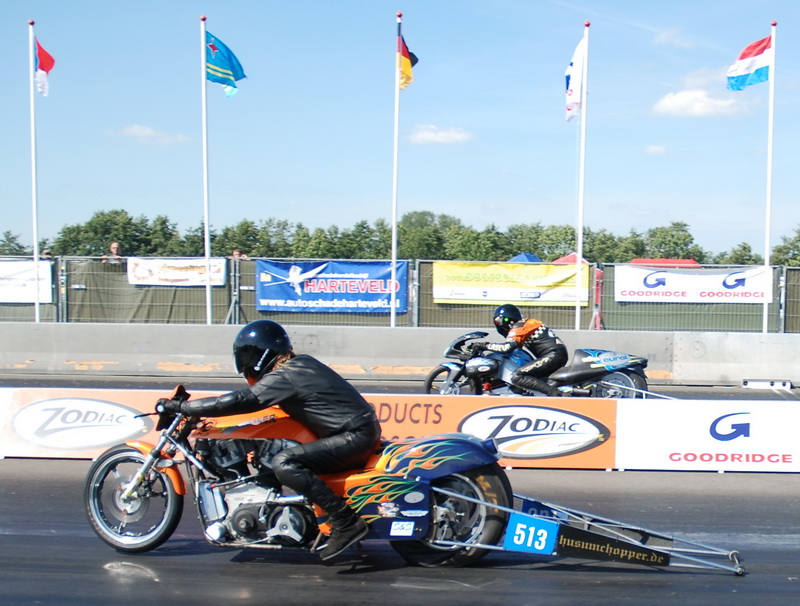 Jesper Thiel was qualified #2. First round he was up against Frank Heitmann, the reigning champ. 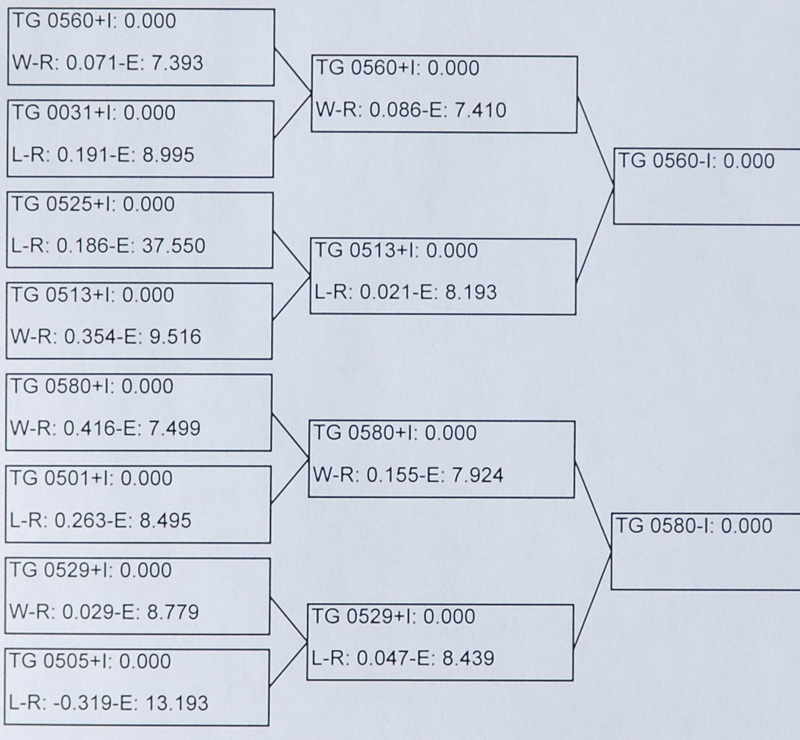 Frank was looking for a low eight during qualifications.
He finally did a 8.3 during the last attempt on saturday. But a technical failure of the timing equipment prevented this from being a valid pass.

He was given a new try on sunday morning but he could not repeat it, and stayed at the seventh place. Jesper beat Frank in the first round and that made him our 2009 champion. 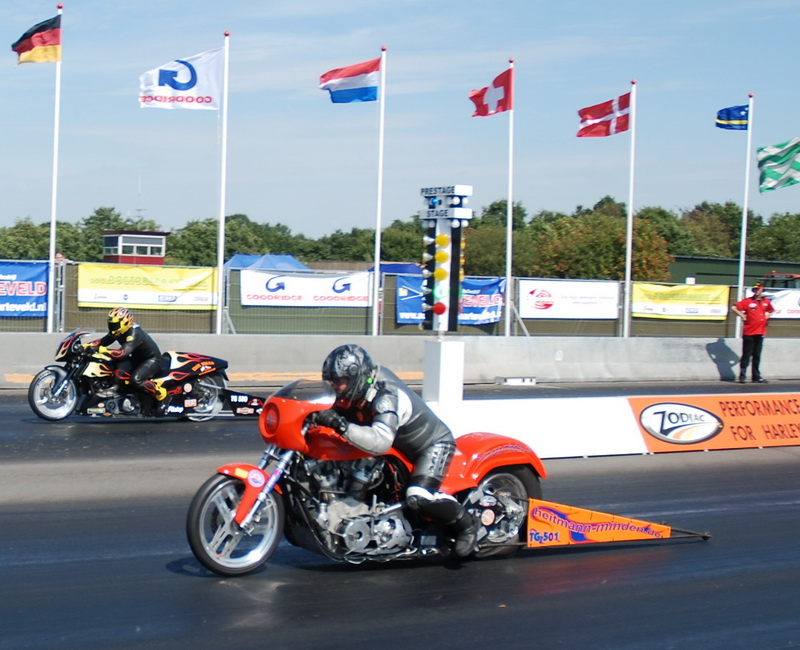 Jesper was carefull not to redlight and gave Frank a head start.

Jesper Thiel was not satisfied with that, he wanted revenge for last race. Jesper beat Harry Van Schie, and did a new personal best time (7.499) and speed (284KMH). 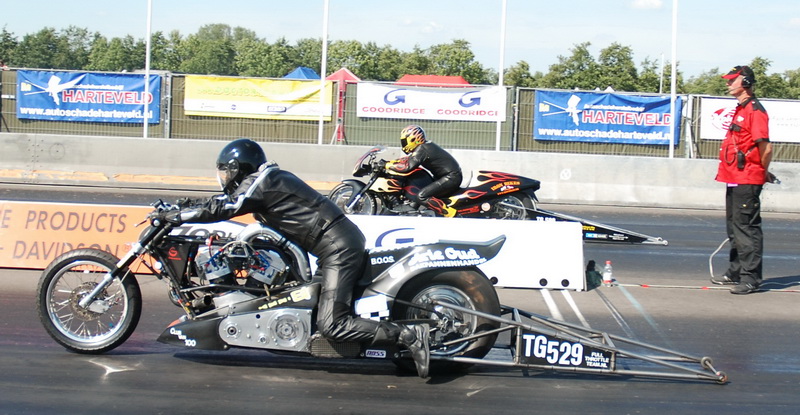 In the finals he met Laseur, and it was a thriller. 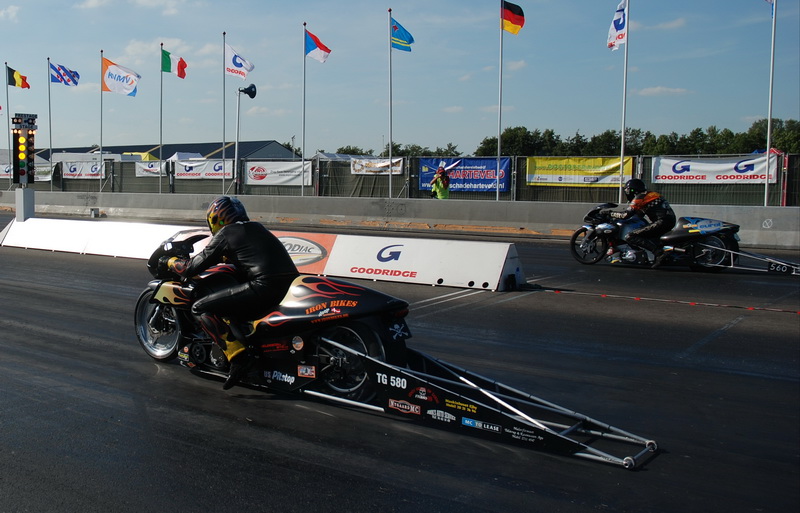 Just like last week, Gert-jan had lane choice again, but had no benefit from it. 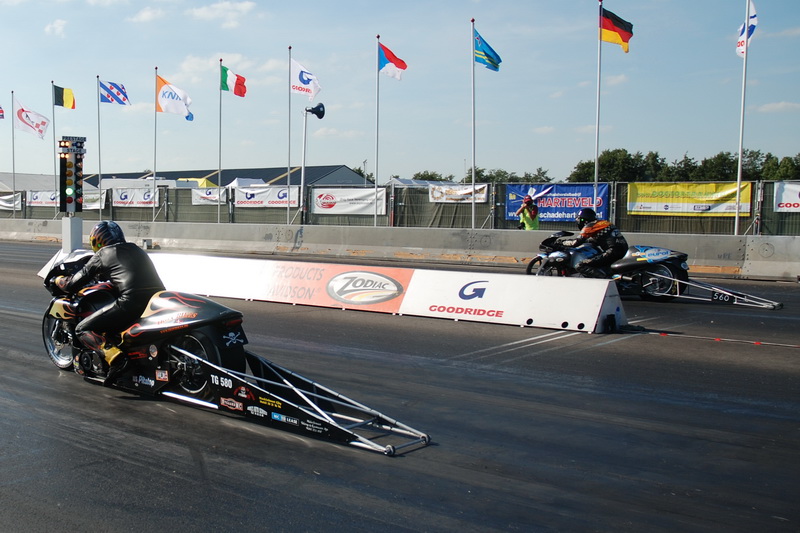 The tall Dutch guy from Almere reacted 0.004 seconds too soon. He did a 7.39 again so he could have won the race. 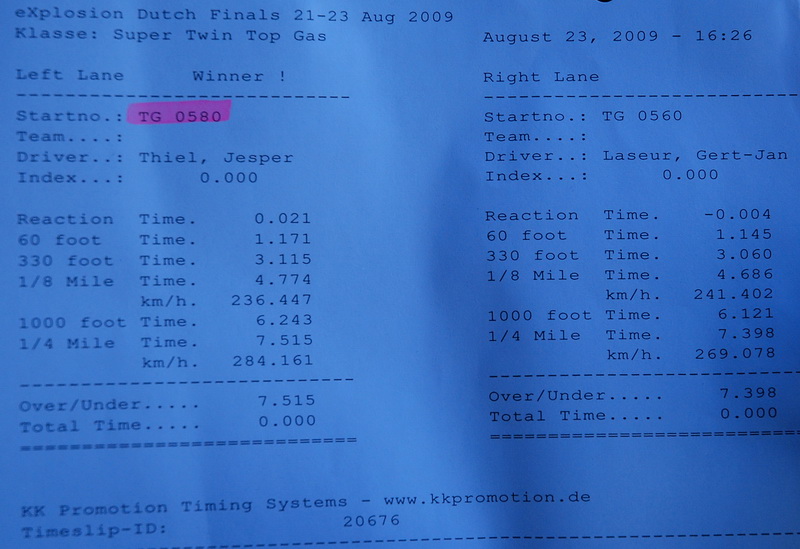 So Jesper took the biggest trophy home, won the first and the last race of the season and is the new 2009 euroserie supertwin topgas champion! 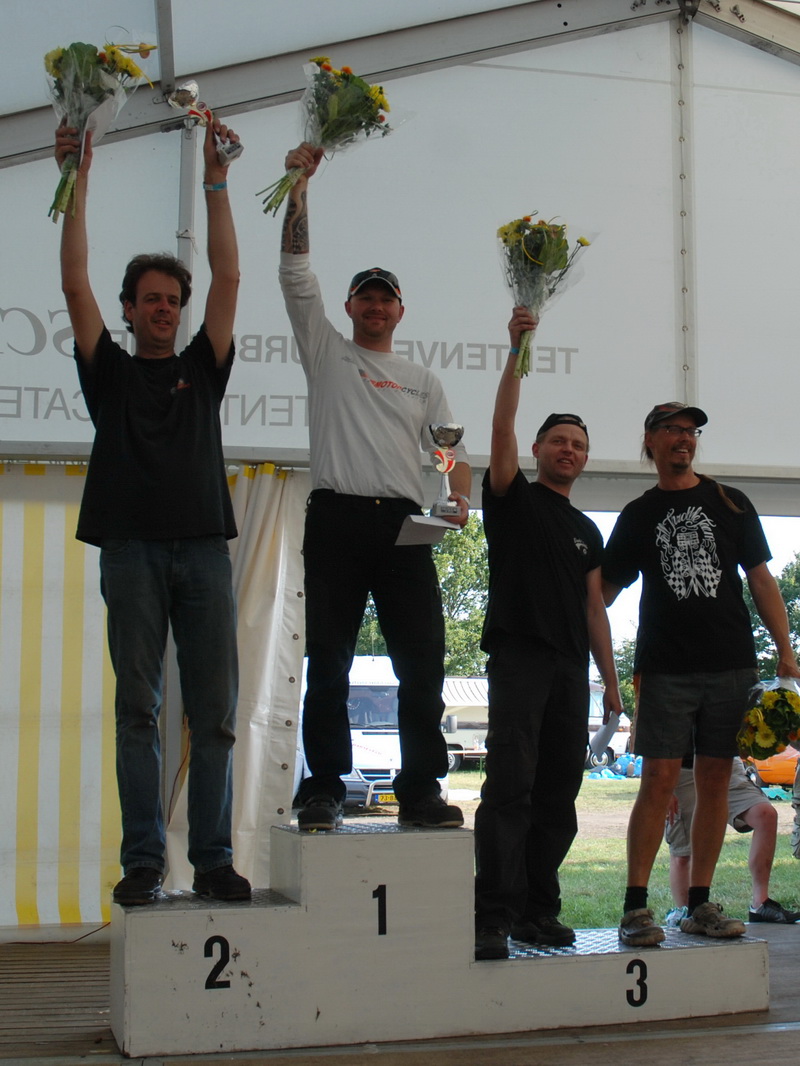 Many congatulations to Jesper. Gert-jan Jumped to the second place in the championship, passing Bernd Niessen. 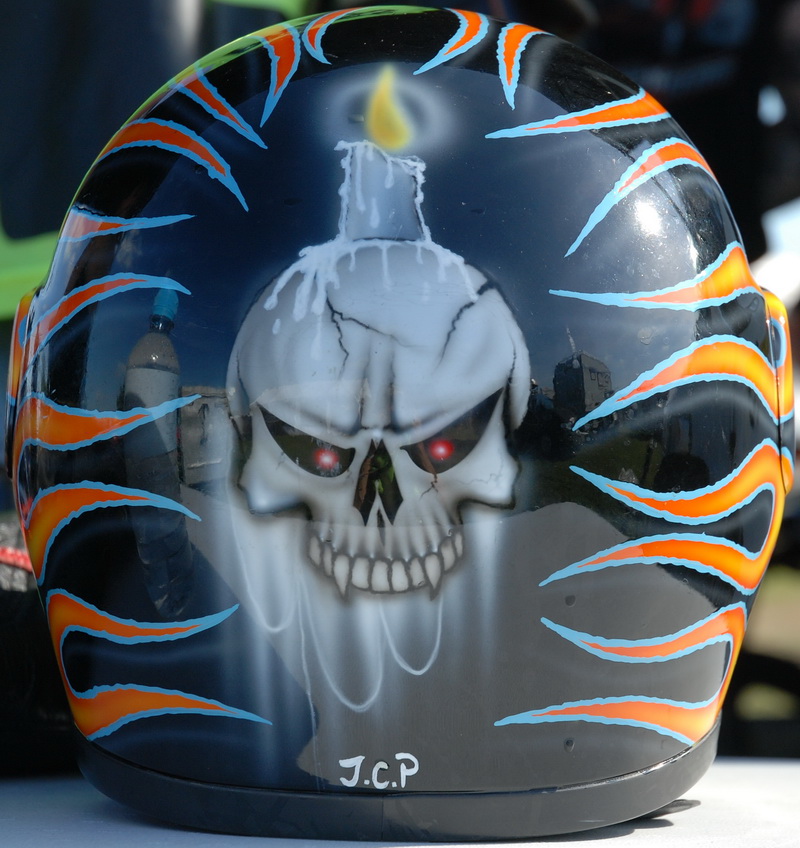 Many thanks to all staff and crew in Drachten for making it a splendid race!

Check out the point list for the complete ranking.

A seasons review will be on here in a few weeks.