Third race of the season, Hungaria. 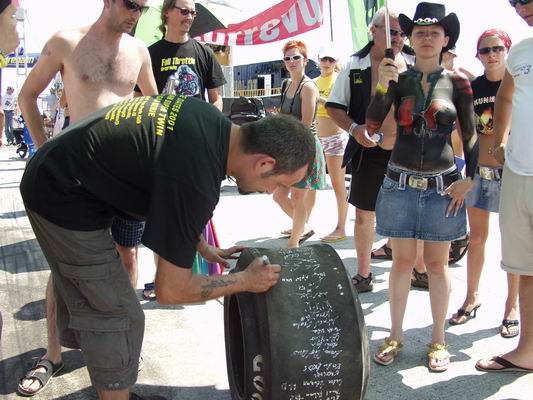 KUNMADARAS! If I have to explain, you probably wont understand. Still I'll give it a try. It's dragracing hungarian style, free goulash included. And it grew over the years. The hangar where Lenin still hangs on the wall, was now a nightclub disco. They had a flaming nightshow with even a jet funny car. Rock bands, a camping, and there is a great swimming pool just around the corner. In a few years this could become the "santa pod" of the east. And the mayor of the village seems to like it a lot, he was in the grandstand all weekend. The raced in seventeen bike classes, starting with the juniors, and ending with "competition", where Rehounek and Lazlo are the fast guys. Conditions were extremely hot all weekend, but the umbrella girls did a good job. 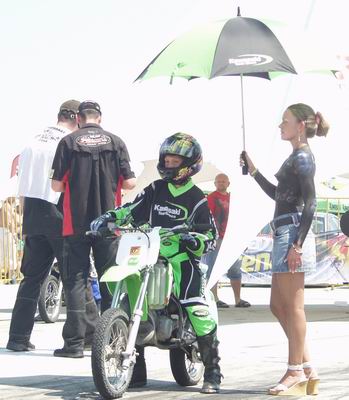 Despite all the effort, only the hardcore of our class showed up for the quarter mile on the concrete dragstrip of the former russian airfield. On friday evening the track was open for training, and Herman Jolink used it to do two test runs to see what his Ducati would do. 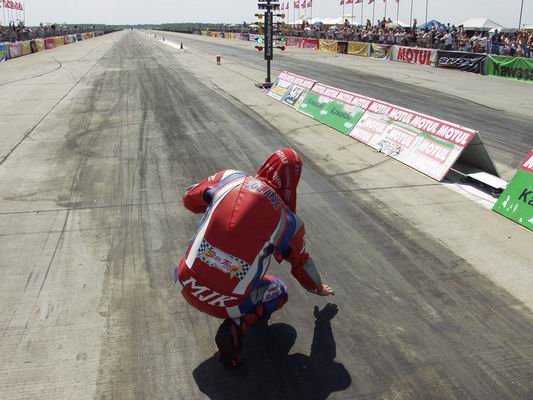 On saturday there were three rounds of qualification. And Roman Sixta was number one after round one, with an 8.84 followed by Herman with 8.90 sec. Mike Brüsch shot off with 9.19 and Harry van Schie was not happy with 10.3. 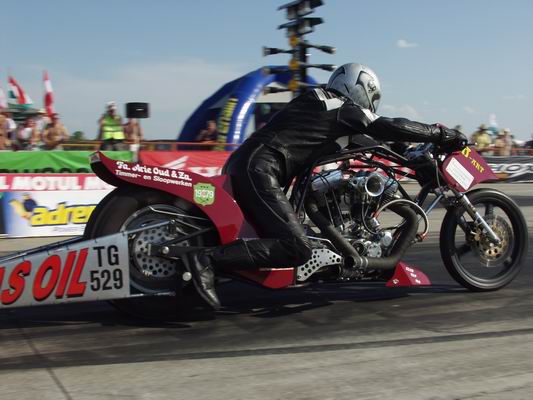 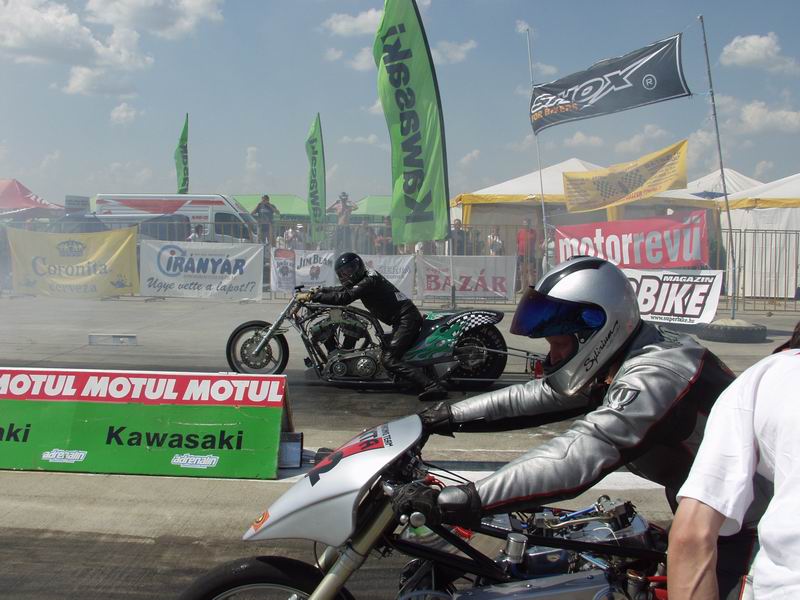 Mike and Harry both lost the semi finals. Mike's 0.09 reaction time did not help him to stay ahead of Roman who did 8.74 with his Honda. Harry van Schie had already clocked a 0.07 reaction, and was in pre stage for a long time with Herman Jolink, before going into stage, but this time he left just a little too soon and redlighted. 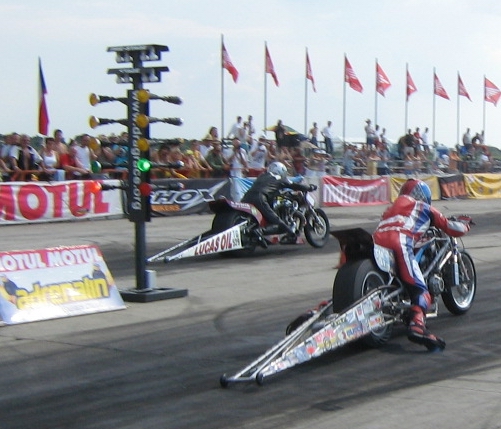 Herman clocked his best time so far: 8.80, with now a 1.3 sec at the sixty foot mark. In the earsplitting finals, Herman had the better reaction and did his best run of the weekend. With 8.7611 @ 247 kmh Jolink is only 0.03 sec. away from his personal best, he did in Vandel last year with his 996RS (now his spare) engine. Roman had passed Herman at half track, but but the Ducati started closing in at top end, the Honda lacking top speed: 236 Kmh. Still, an 8.682 was quick enough to win the race.

I borrowed Brüschie's camera, thinking he would be at the podium. But at the ceremony they gave the award for third place to Harry van Schie. With the ceremony still going on forother classes, I asked Harry: "Why does the guy who makes a redlight get the award for third place?" Harry responded: "they probably look at the qualification times". I did not want to interrupt the ceremony, and Brüschie took no action. But after the price giving, I went back to Jozeph, and asked him the same question. He admitted his fault, so both riders were called back, Mike got his diploma and award, but the camera was full, and the bodypainted models were already gone. So in communist tradition, I'll just cut Harry off the picture. 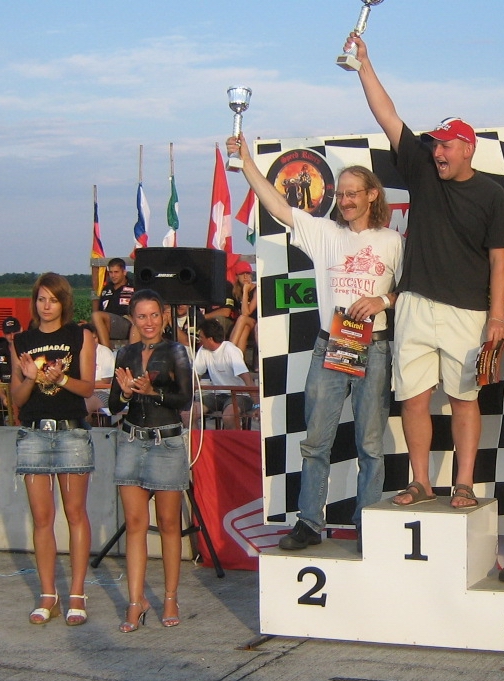 Roman Sixta is the "king of the east" after his win in Hoskovice and Kunmadaras, and his second place in Luckau. He is now strongly in the lead of the euroserie, 640 points ahead of Herman Jolink. Brüsch moved to third spot. We now move our circus to the west, to Friesland where we will meet former champions Heezen and Giliberto, the German Undertaker and the fast Brian Glaesnes from Denmark, the boys from Belgium, and many more, for a 16 field dragrace on the 1/8 mile. 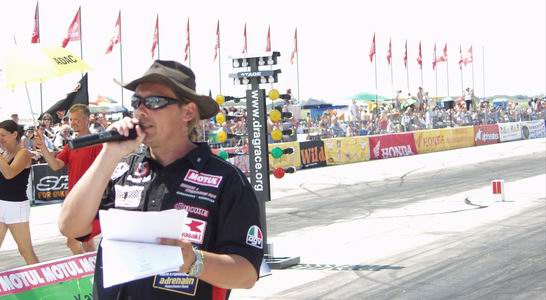 Many thanks to Jozeph and the crew for the great event. Can we please come again next year?

Thanks again to the Dragons for sharing the pictures. I hope to have a beer with them in Drachten next weekend.