The fourth race in the series. 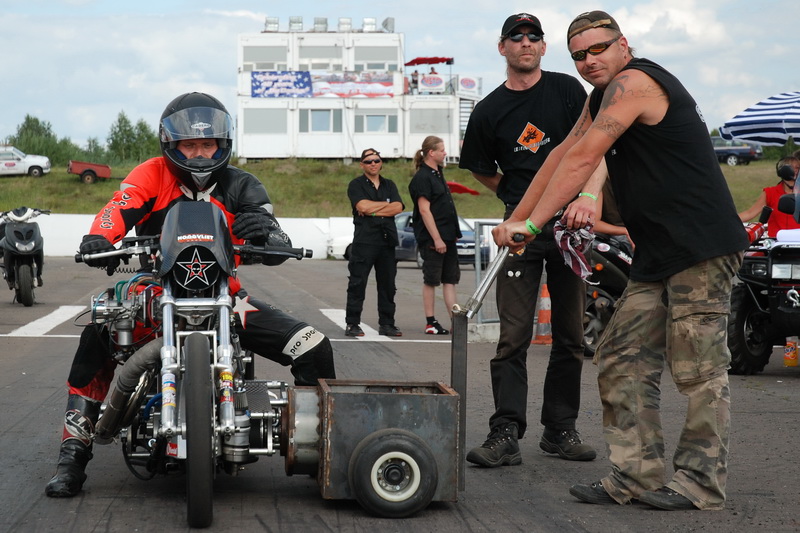 We're over half way now, and so far we have had a different winner in every race.
It's a very hard battle this year, and last weekend was no exeption.
And the tropical temperatures made it extra tough for the teams.
It was a hot race at Jerry Lackey Raceway, at the MZA in Luckau near Berlin. 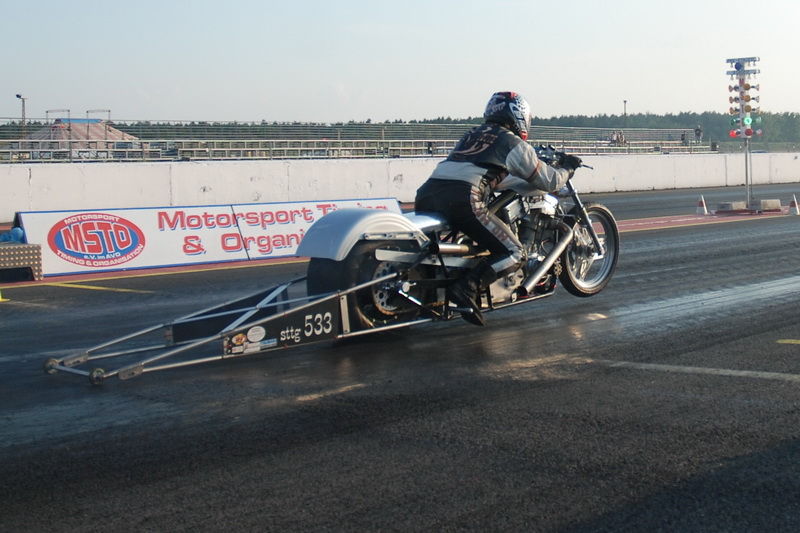 During free practice on friday evening Marc Vandenboer an Herman Jolink made a few test runs. 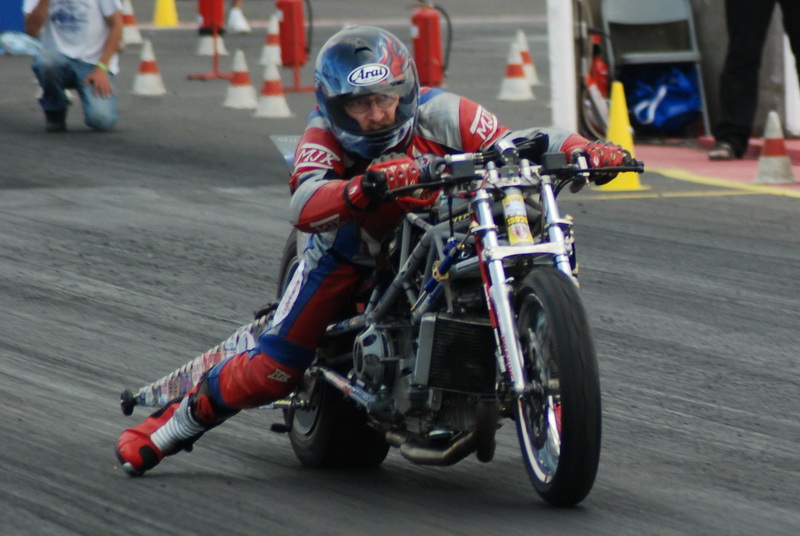 It was a hard battle, with many parts flying about.
Team Knightriders had the bike inspected and Homer made a run during free practice on saturday morning. 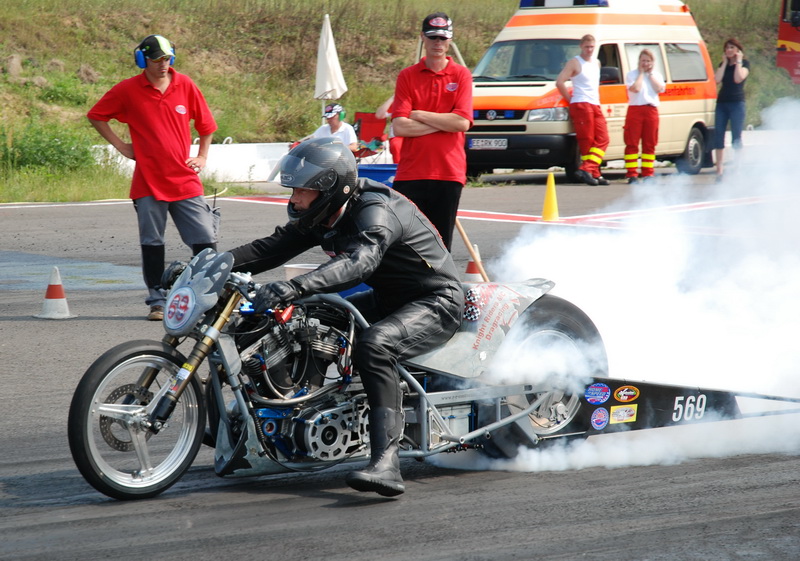 But when the warmed it up before qualifications, both con rods broke and they wrecked the cases and the gearbox!

The Knightrider organise a great event called Bike and Music weekend on the 6Th til the 9th of august. 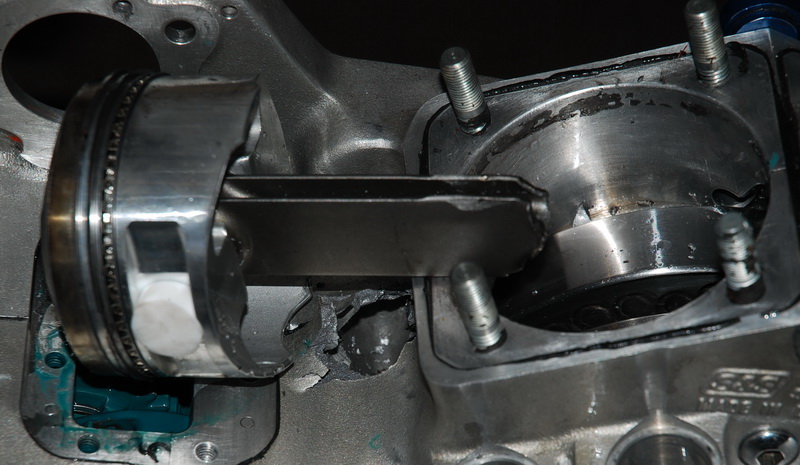 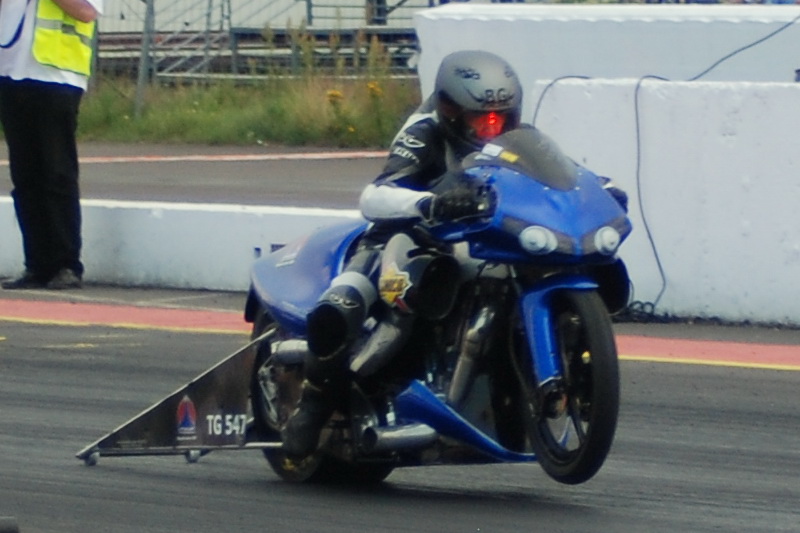 After the first qualification run by Rasmus Olesen the cranck looked like this: 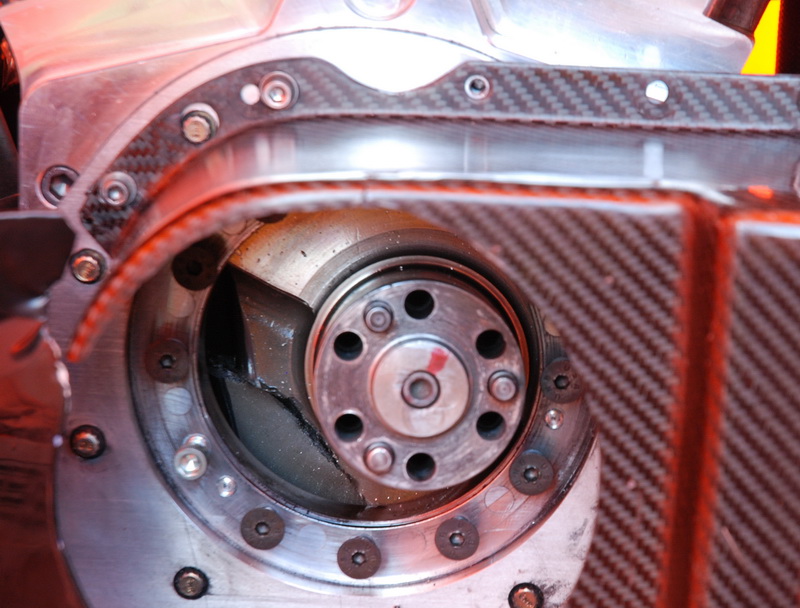 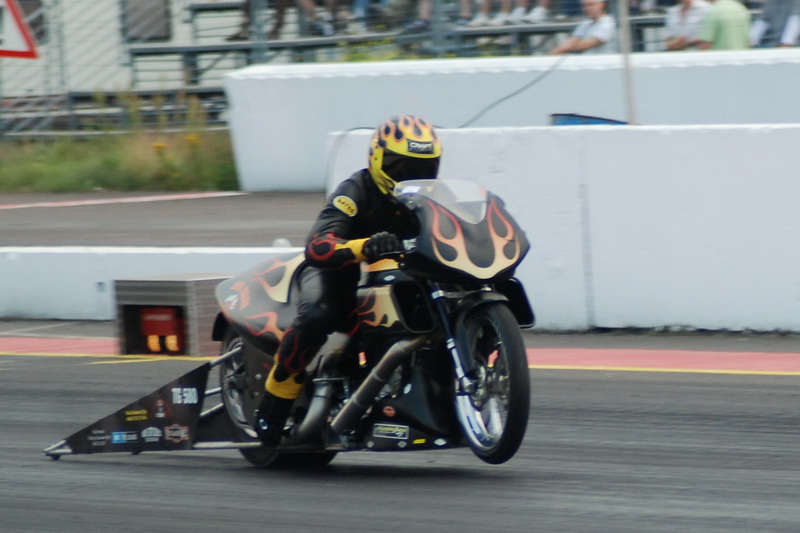 Notice the difference between Niessen and Heitmann, they had that difference in Hoskovice too.
In the second round Ronald van de Werken went quicker, and so did Cord Albers who jumped to place three. 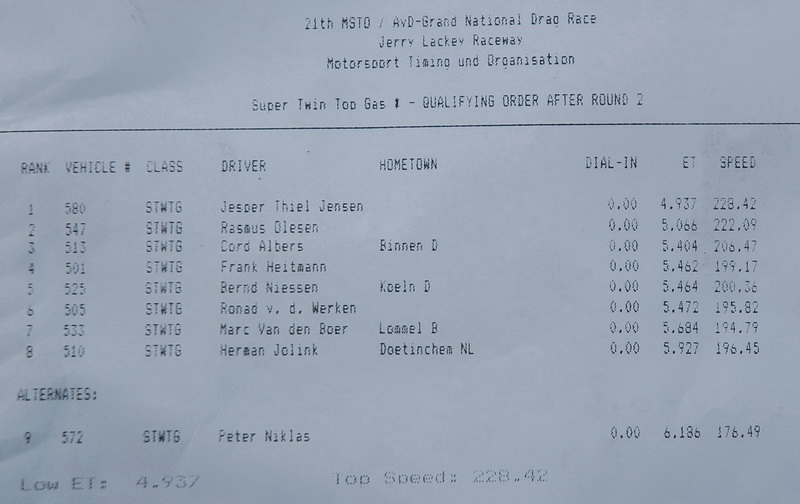 Then came the thunder showers, so no more racing that day. 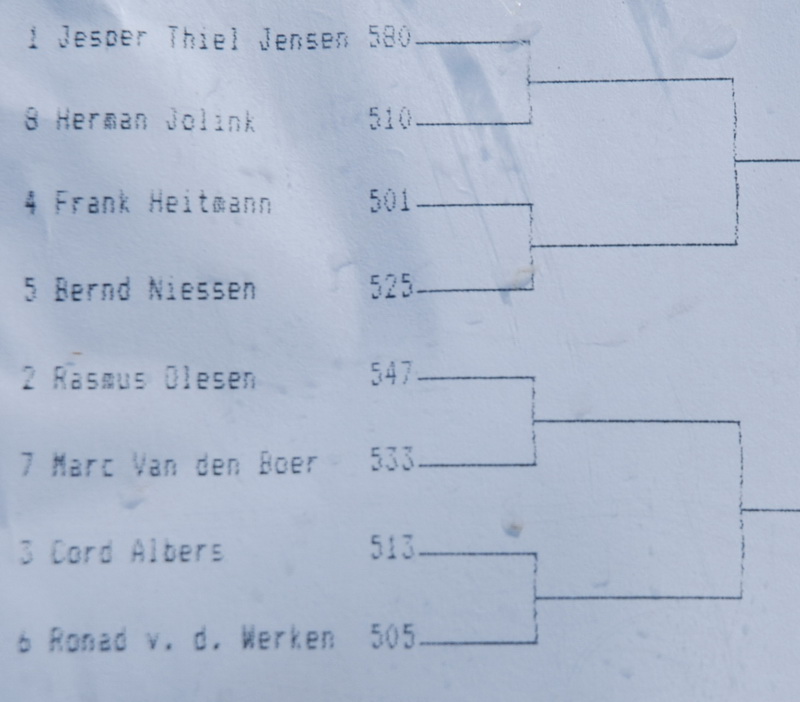 On Sunday it was time to battle it out.
Jesper Thiel (4.8) was a second quicker then Herman Jolink. 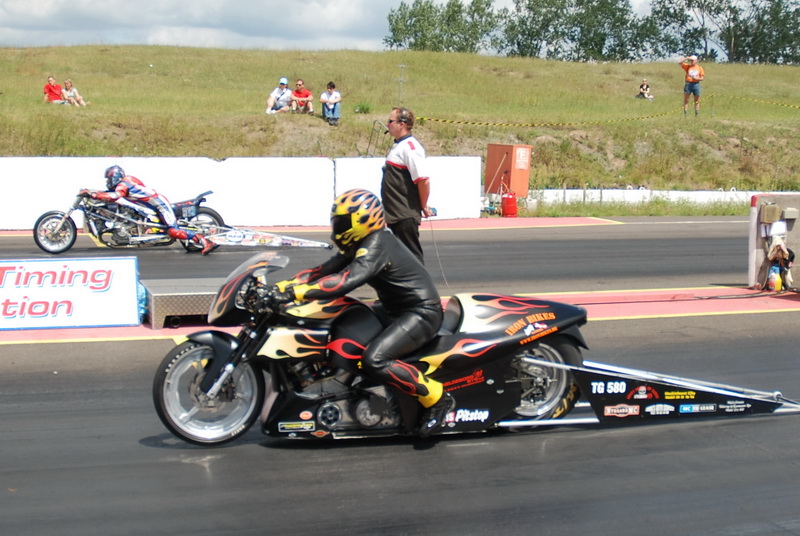 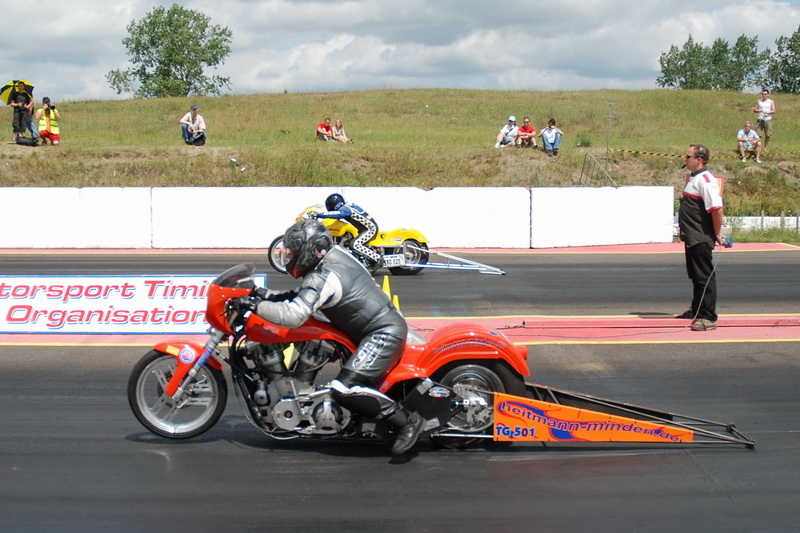 Rasmus Olesen went home on saturday, so Peter Niklas had some luck. Being the first alternate, he came into the race. 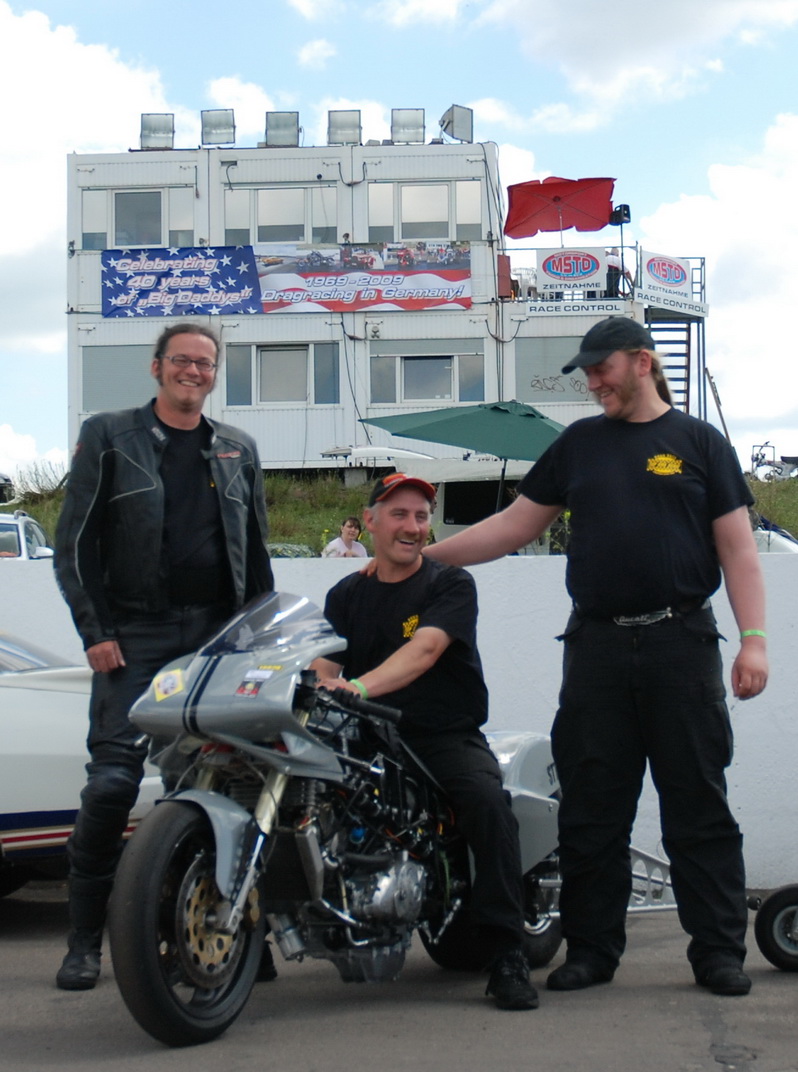 His opponent Vandenboer redlighted as he revved up his engine too much before the start.
The slider clutch engaged, so the bike went forward. So Niklas was in the semi finals. 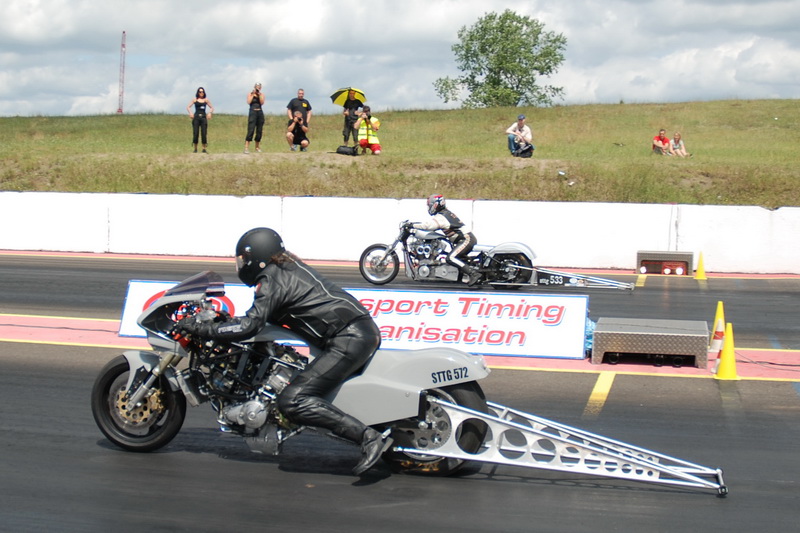 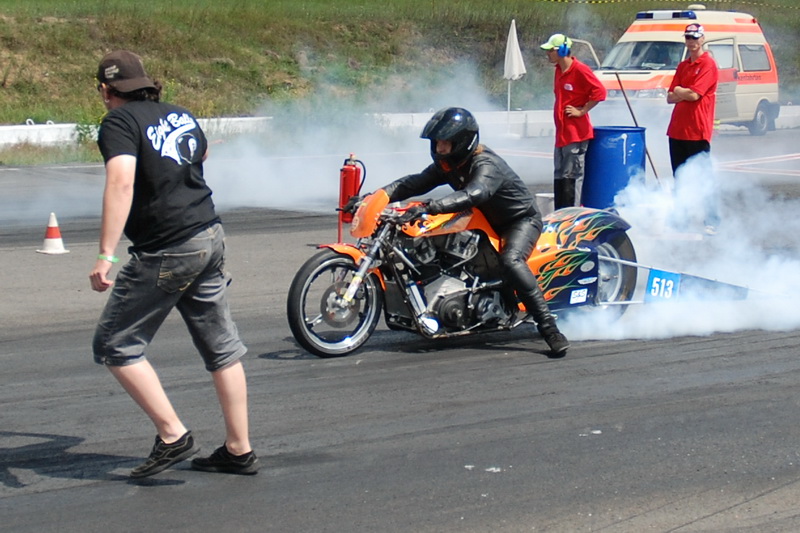 His bike stopped after this burnout, so he was out of the race and Ronald van de Werken went through without any trouble. 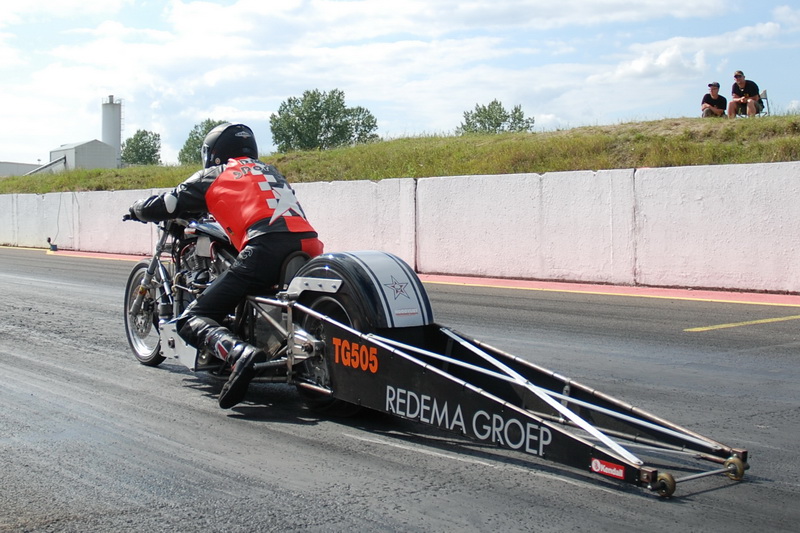 Another 4.8 in the semis for Jesper, eliminating Niessen and the "Flying Citrus". 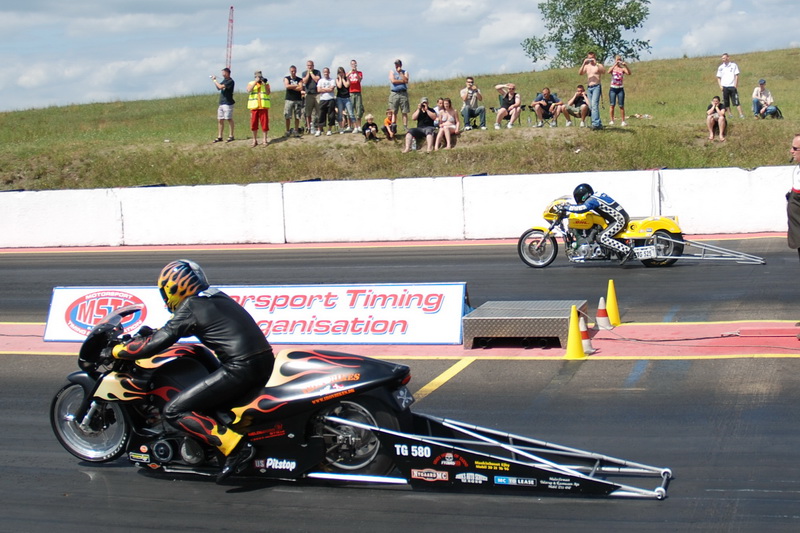 Van de Werken took out Niklas, but had to work hard to stay in his lane. 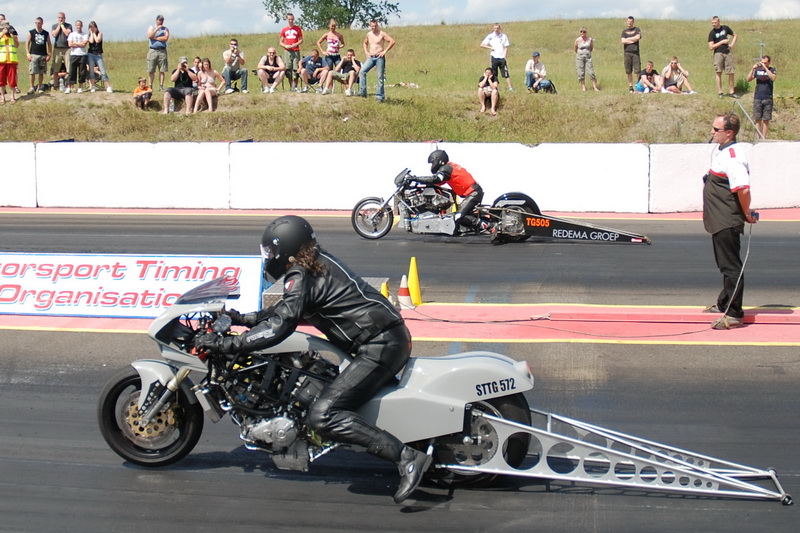 Jesper Thiel made a great burnout in the finals, but a leak in the manifold made throttle controle impossible, so he shut it off. 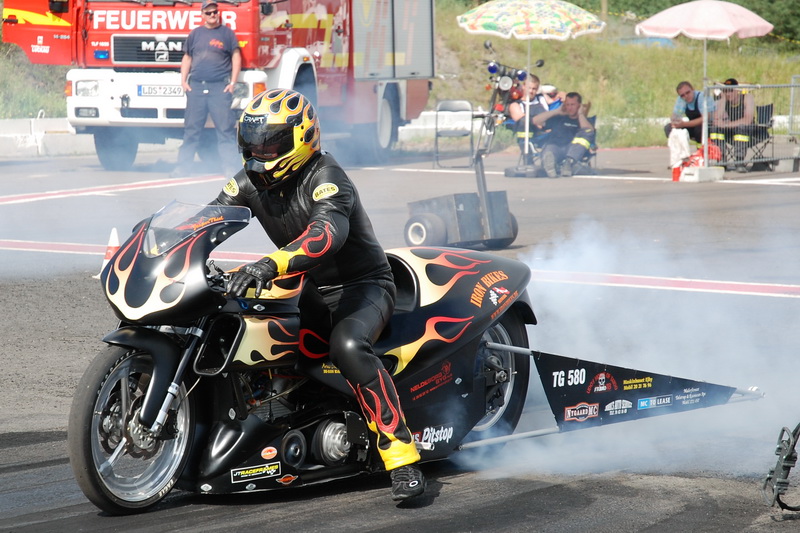 Another free ride for Ronald, but he worked hard this season and deserved a victory. 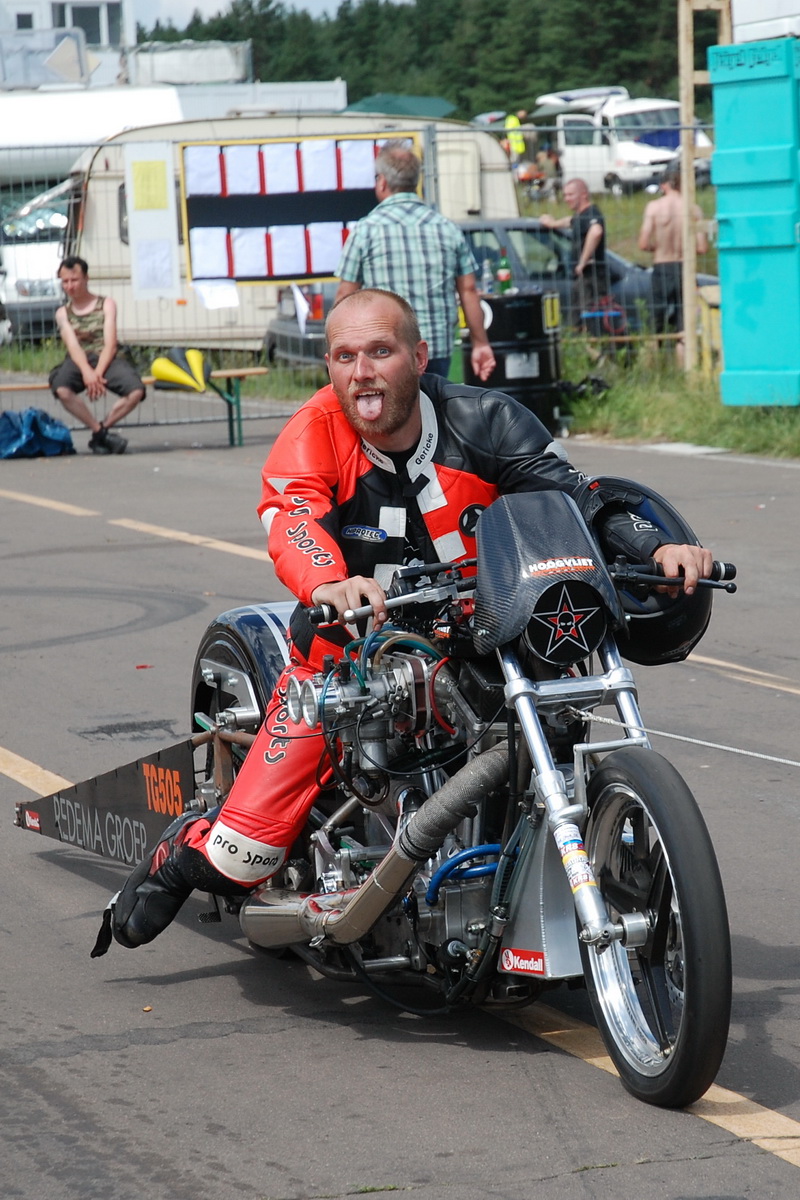 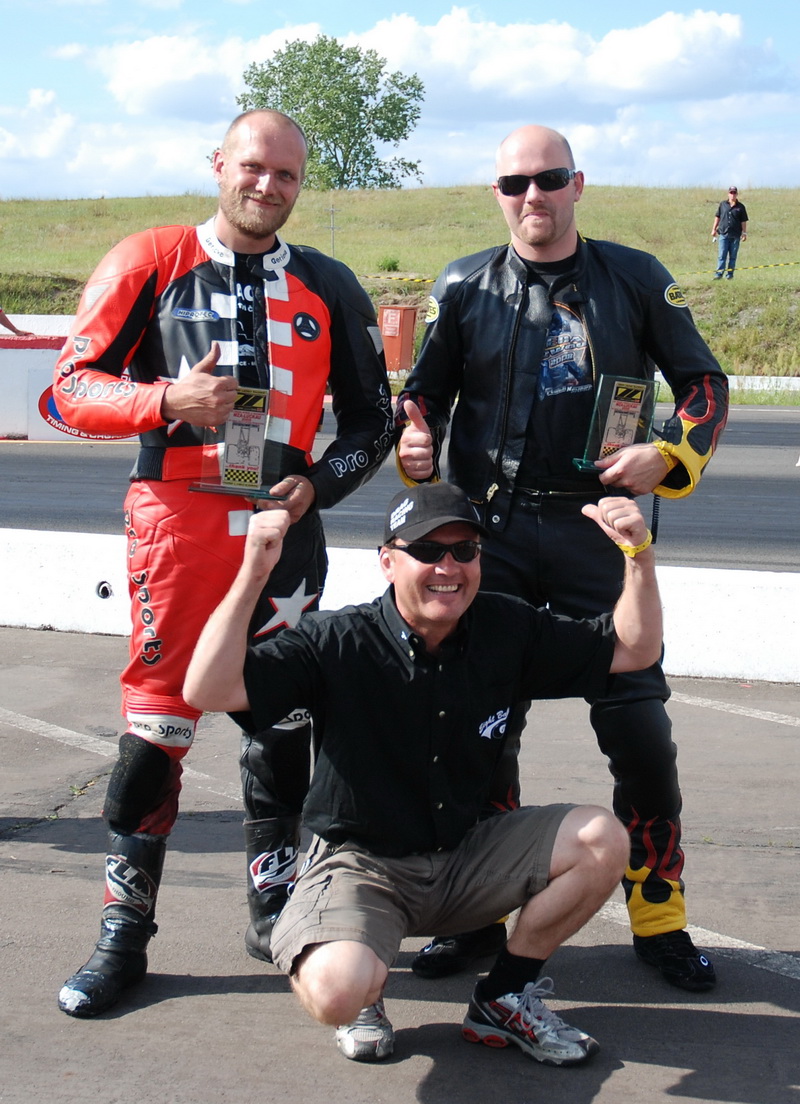 Bernd Niessen still leads the list, Herman Jolink is still the number two, with Jesper and Ronald now close behind.
Next weekend again a drag race.
The Dutch Internationals in Drachten. See you all there. 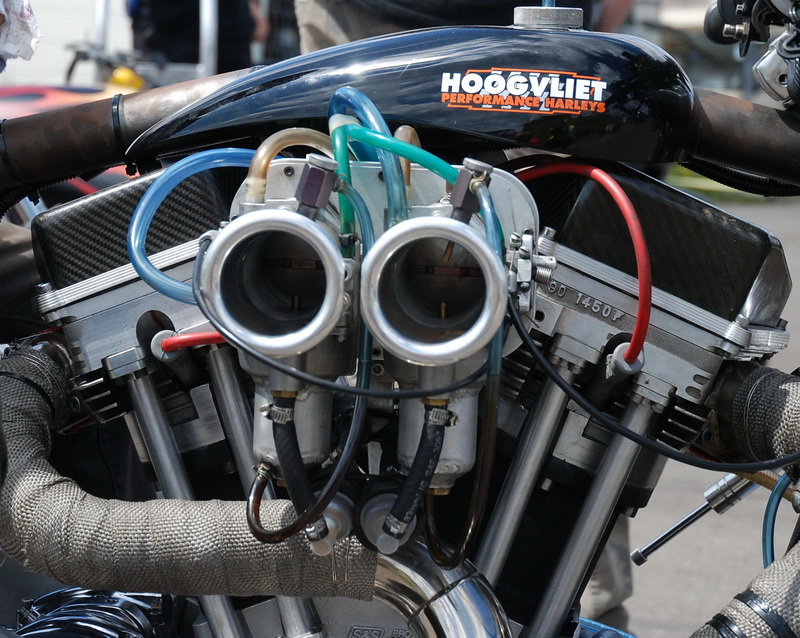