Congratulations to our 2005 champion Axel Seifert from Germany. 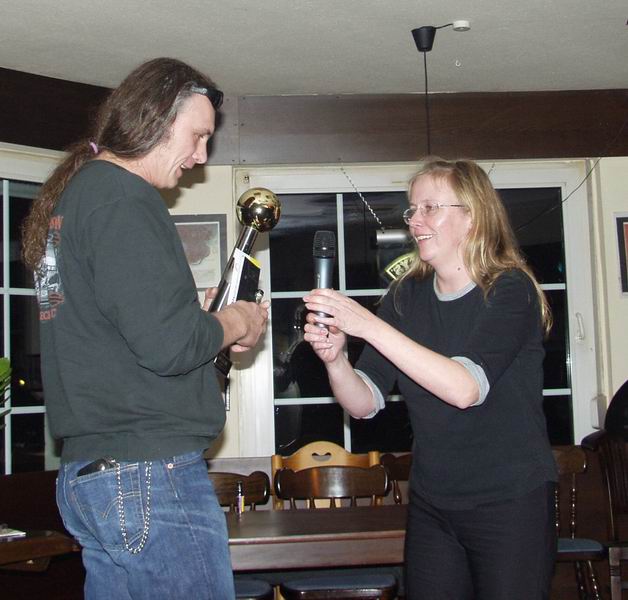 Axel won the euroseries for the third time in a row!!! Herman Jolink from Holland close behind on the second place, and Otto Bauer, Germany, is the number three.

Rookie of the year is Roman Sixta from the Chech republic, with an impressive fourth place. 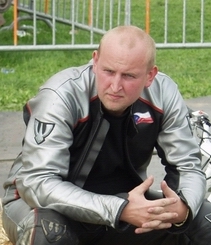 The serie officially ended with the price giving ceremony at Route 67 in Gesher, Germany on the 29th of October. And what a year we had. Most of the time the track was in good condition an we had more luck with the weather than the topfuel racers. Many personal records were broken, and so were lots of parts. We welcomed Peter Marz as a new member, and said goodbye to Gerd Caspari.

Harley still rules the class, but we see a Ducati on the second place, a homemade Godden-based engine on number three, and Roman Sixta raced his Honda to the fourth spot so the Milwaukee iron no longer dominates the class. 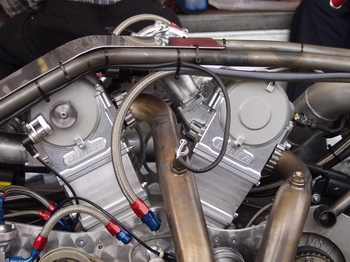 We like to thank all the organisers and crew at all the racetracks and everybody else who made it all possible. 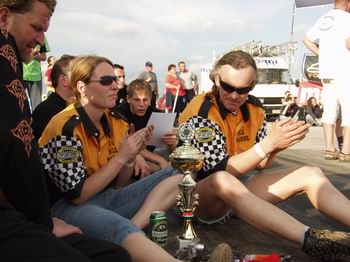 Merry Chrismas and a new Goodyear!!!

Report of the first race of 2005 here

Report of the sixth race here