At the fifth race of the season, 22 - 24 july, ten teams went to Switzerland. On a former military airfield, on all sides surrounded by three- to four thousand meters high mountains they tried to qualify for an eight field drag race. 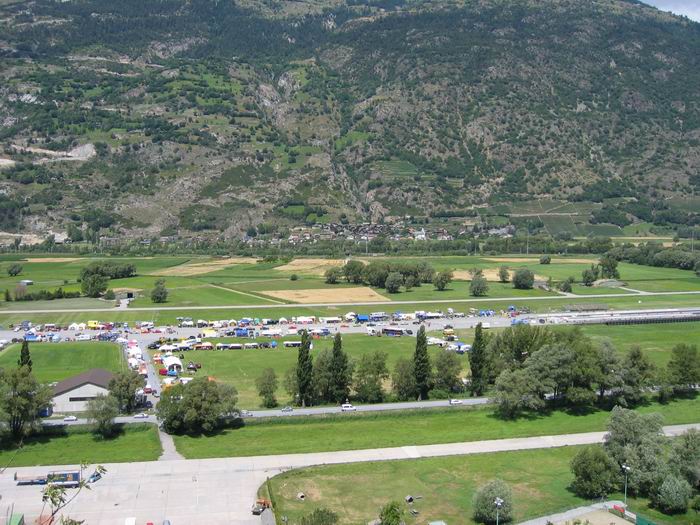 On Friday afternoon there was already a free training possible, which was gladly accepted by many teams. Otto Bauer set the highest top speed during the first session on Saturday: 261 kmh. He also did the best time of the weekend: 8.642 seconds. Otto took the rest of the day off, and watched the action from the crowded grandstand. Frank Heitmann secured himself with 8.776 seconds of 2. Qualification place followed by Axel Seifert, then Sixta from Czech and Peter Marz, who raced in Turtmann for the first time as official Top Gas member. Michi Merse and Harry van Schie reserved the seats 6 and 7 and Herman Jolink was suffering bad traction problems on the not completely optimal track and came out number eight. So bad luck for Haddel, and also for Wolla, but his engine stopped smoking. After a nice pits party on Saturday evening - thanks Roman, for the beer!! And Klaus-Peter for the good show!! Everything should be clear for Sunday but nothing was clear, because in thick clouds and nothing but rain. When everybody thought the race was over, it dried up, and the organizers Stefan Winters and Roland Bollert however actually explained in the typical Swiss-German language completely cool that the race went on as planned, with a new time plan: ¼ final at 16:40 o'clock; ½ final at 17:40 o'clock and the final run took place at 18:25 o'clock.

The Dutch timing crew did a good job lining up and starting the racers in a decent pace, with no problems or delay. In the quarter finals all the fast guys won, no surprises or red lights here. In the semis, Otto did a fast 8.7 beating Sixta, and Axel won over Frank who did not have a good launch. With only time for a brief check en refuelling, Otto and Axel went back to the start line for their finals. Then it’s only pre stage, stage, orange light, green light and GO! Axel did this 0.4 second faster then Otto, who clocked a better time, but could not catch Axel Seifert anymore. 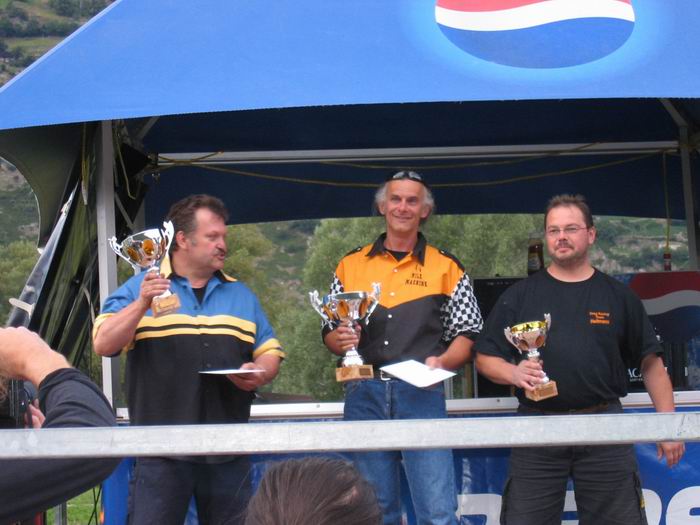 It was Axel’s second win in a row, still second in the championship, but narrowing the gap to only 50 points with leader Bauer. Still anything can happen, but maybe things get more clear in five weeks, at our next race on the fast track in Drachten. Thanks to the organisers for the great weekend. We love to come back to the Wallis again next year.